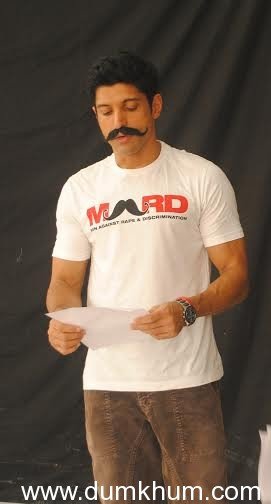 After Emma Watson, Michael Bolton offers his support to Farhan Akhtar on his initiative, MARD.

A lot of Indian celebrities have previously stepped in to help spread awareness on the initiative; Sachin Tendulkar, Mahesh babbu, Shaan and  Yuvraj Singh who have lent their voice for the MARD anthem in different languages.

This time around, American singer and song writer Michael Bolton, reached out to Farhan on twitter and appreciated his efforts on MARD.

Michael Bolton and Farhan Akhtar had a brief exchange on social media where Michael mentioned that he would love to know more about MARD.

While Farhan Akhtar confirms the news, spokesperson of Farhan adds, “Yes, they had a brief exchange on a social media platform and Michael has expressed his wish to learn more about this initiative.”