‘Mary Kom’ to enthrall audiences at the Opening of the Toronto International Film Festival 2014. 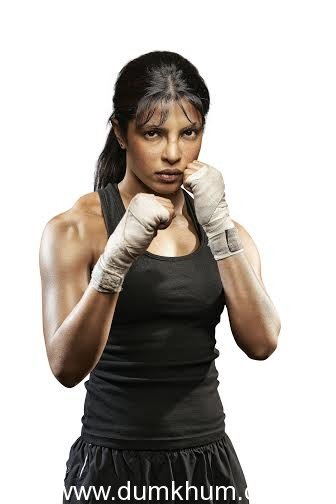 Most champions make a name for themselves, but she made a place for herself in the annals of history. That’s MC Mary Kom for you. And now, Mary Kom, produced by Viacom18 Motion Pictures and Sanjay Leela Bhansali, directed by Omung Kumar is all set to immortalize her achievements even further as the movie will be premiering at the prestigious Toronto International Film Festival.

Based on the inspirational true story of MC Mary Kom, India’s first female world champion boxer, The film received one of the rarest honors as it is the first time any Indian film has ever screened on the opening night of the festival. The National Award winning actress Priyanka Chopra, portraying Mary’s life on silver screen will be adorning the coveted red carpet on 4th September, as the curtain raises at TIFF on the opening night.

Ecstatic with this unique acclaim, Ajit Andhare, COO, Viacom18 Motion Pictures, the studio known for its blockbuster hits, Queen, Bhaag Milkha Bhaag, Madras Café and Kahaani said “Mary Kom’s screening on the opening night at TIFF is an honor and a privilege, and to have that on the eve of worldwide release makes for the perfect setting. North America is one of our key markets outside of India and we are thrilled to open at Toronto.”

The unstoppable Priyanka Chopra beaming with excitement said, “I am extremely proud to present Mary Kom’s life on the celluloid to the world. I’m glad the film was selected to premiere at TIFF. It’s a huge moment for the entire cast and crew of Mary Kom.”