New Delhi, Royal Caribbean International’s Mariner of the Seas has been chosen to host another ‘World’s First’ competition.  This time round, it will be the Showdance event on the largest ship in Asia named as “Dancesport All Champions on Mariner of the Seas”, organised by regional dance veteran Aleena Tan.  There will be exciting previews at the ship’s Royal Promenade by the dance champions including the Sunny Low family. Dance lectures will also be conducted, which are expected to draw dance enthusiasts from across the region.  This cruise taking place in January 2015 will also feature Asia’s renowned Sunny Low and Uapan Sdnivongs as judges together with Aleena Tan.

Other highlights of the cruise include dance show previews by the Amateur Standard Champions from Russia, Mikhail Eremeeve and Olesya Eremeeva; and from Singapore, Jovyn and Cindy, and Terrence and Shanelle, the third and fourth generation champions of the Sunny Low family. 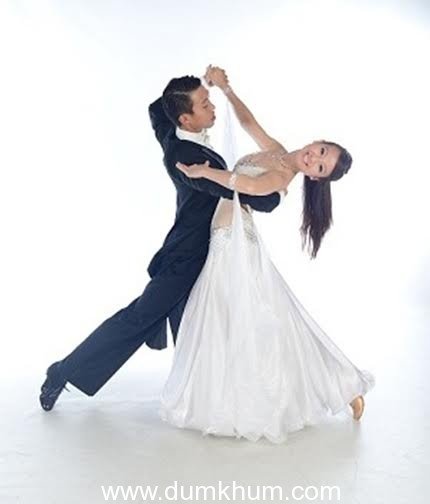 The Dance Lectures will be conducted by the three judges.  They will share their knowledge and skills on Cha Cha, Samba, Rumba and Rock ‘n’ Roll. The whole programme is open to all cruise guests, which Aleena Tan plans as an educational dance experience for them, regardless of age and experience.

Ratna Chadha, Chief Executive, TIRUN Travel Marketing commented, “It is a matter of great pride and pleasure for Royal Caribbean International to be hosting this one of its kind dance programme on its cruise ship. It has always been our endeavour to innovate and introduce various means of on board entertainment to keep our guests engaged and enthralled. Considering the growing popularity of theme cruises, we are inspired to present something special and exclusive for our guests. This dance competition with the dance lectures is anticipated to be an extraordinary one.”

Aleena Tan has previously organised three dance theme cruises with Royal Caribbean in Asia with the most recent one “Come Dancing on Mariner of the Seas” in January 2014 featuring the world’s first all-champions Latin dance competition on a cruise.  On her choice of Royal Caribbean again for the new “Dancesport All Champions on Mariner of the Seas”, she commented, “On my last experience with Mariner of the Seas, I was especially impressed by its elegant ambiance, wide variety of quality cuisine and excellent crew.  On a Royal Caribbean cruise, it’s always a holiday in a class of its own, which is a most fitting choice for my dance event.  It is always a pleasure to organise an event on Royal Caribbean’s cruises and I am always thinking of the next theme the minute I get onboard! ”

The 15 guest-deck, 3,807-guest Mariner of the Seas is the largest and most exciting ship based in Asia and will be returning to Singapore this week to start her new season.  She offers the brand’s signature innovative activities and entertainment such as the ice-skating rink, Royal Promenade – a boulevard of shops and cafes – full-sized sports court, in-line skating track, rock-climbing wall and the DreamWorks Animation entertainment programme.  In addition, there is a three-tier theatre, themed bars and lounges and nightclub.

There are numerous dining options onboard including the three-tier Main Dining Room, buffet restaurant and specialty restaurants like Chops Grille Steakhouse, the Italian restaurant Giovanni’s Table and Johnny Rockets 50s’ style American diner.  As for accommodation, choices range from luxurious suites to the unique Promenade staterooms with views overlooking the Royal Promenade.

This cruise which calls at Penang on a three-night round-trip from Singapore is now open for sale.

Royal Caribbean International is an award-winning global cruise brand with a 40-year legacy of innovation and introducing industry “firsts” never before seen at sea.  The cruise line features an expansive and unmatched array of features and amenities only found on Royal Caribbean including, jaw-dropping, Broadway-style entertainment and industry-acclaimed programming that appeals to families and adventurous vacationers alike. Owned by Royal Caribbean Cruises Ltd. (NYSE/OSE: RCL), the cruise line sails 21 of the world’s most innovative cruise ships to the most popular destinations in the Caribbean, Europe, Alaska, South America, Asia and Australia and New Zealand. World renowned for its friendly and engaging Gold Anchor Service, delivered by every staff and crew member, Royal Caribbean has been voted “Best Cruise Line Overall” for 10 consecutive years in the Travel Weekly Reader’s Choice Awards and named the “Best Cruise Operator” for 6 consecutive years at the TTG Travel Awards.

TIRUN Travel Marketing is the exclusive India Representative for Royal Caribbean Cruises Ltd. with a portfolio of 3 of its cruise brands including Royal Caribbean International, Celebrity Cruises and Azamara Club Cruises. A leading travel marketing company,TIRUN Travel Marketing has been representing Royal Caribbean Cruises Ltd. in the country since 1993 and continues to successfully undertake exclusive marketing and sales for the various brands while also providing operational support pan-India. Headquartered in New Delhi, the company has proprietary offices in Mumbai, Ahmedabad, Bangalore and Chennai as well as representative presence in Hyderabad and Kolkata.