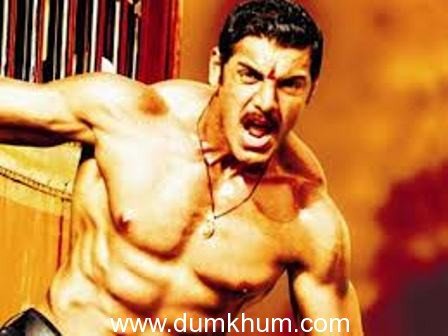 Manohar Arjun Surve (1944 – 11 January 1982), better known as Manya Surve, went down in the country’s history books as an infamous gangster in the Mumbai Underworld , who died in 1982 ,in the city’s first recorded encounter killing.

On this his birth anniversary, Surve rises again as Balaji Motion Pictures announce the prequel to the production’s runaway hit Shootout at Lokhandwala . Directed by Sanjay Gupta, the gangster entertainer -Shootout at Wadala, stars John Abraham as he essays the role of the notorious Manya Surve.

As audiences were treated to John Abraham’s look in the film, that is already cynosure of all eyes, very few know that the man behind the makeover was none other than Baba Baboish,Manya Surve’s personal tailor who helped shaped the star’s look in the film.

Confirms director Sanjay Gupta , “Baba still has his shop at Shivaji Park and Mahesh Manjrekar who is a common friend introduced us. His inputs went a long way in giving John the look that he has in the film. I told John that he would have to wear Kolhapuri chappals, have a tika on his forehead and even put oil in his hair.”

Already touted as his career’s finest performance,John Abraham went all out to get under the skin of his character and transform into the deadly Manya Surve.

Says John , “My reference point was a passport picture we managed to get  and I also visited the places he used to frequent. I have put in all kinds of efforts to study this character, to work on the way he looked and behaved””. Adding that “ It has been 10 years in the industry for me but it feels like this is my re- launch. I am excited like never before”