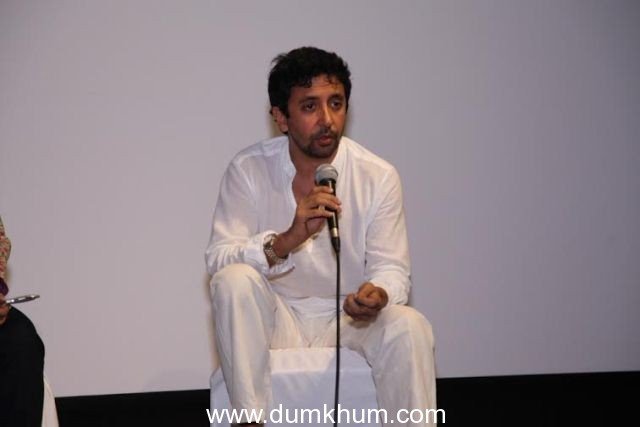 Manhattan Short Film Festival came to Mumbai for three days on 3rd October and struck a chord with film buffs right from Day one. By its last and final day, the festival paved its way to every cine goer’s heart as the ‘One World, One Week, One Festival’ motto came to life when a delectable mix of global films, Indian short films and workshops culminated, leaving cine goers not only savoring the short doses of cinema but also yearning for more.

The day began with the screening of ‘Vote for India’ winner Gowtham Namasivayam’s 19 minute film ‘Oxymoron’. The film with an unconventional title is the director’s skillful take on contradictory personalities who ultimately prove to be a single personality.

It was 10 years back that Ashvin Kumar’s short film ‘Little Terrorist’ was voted the global winner at the Manhattan Short Film Festival. It is a victory that is etched in the minds of Indian film enthusiasts who hope year after year to bring the same glory again. And so the evening session saw Ashvin Kumar, the glorious man with his magic touch at Manhattan Short, in conversation with writer Udita Jhunjhunwala, address novice film makers passionate about creating big impact through short films, understand the nuances of short film making in his exclusive session, ‘Making an Oscar-worthy short. 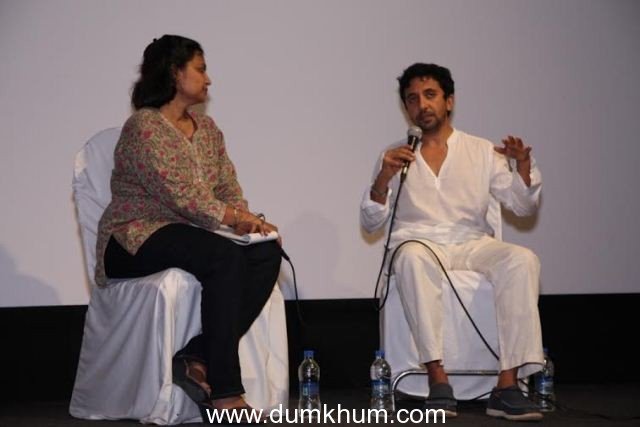 The evening session unfolded with another winner of ‘Vote for India’, director Neha Kulkarni’s ‘Unfold’, a touching tale that sketches the true story of a hearing-impaired little girl who enters a new world  on finding solace in origami. Another pearl from the short film ocean was an astute fairytale about the tryst of love with destiny, Arbaaz Shroff’s ‘A Little Ways Down The Road’. The day came to an end with the last and final glimpse at the works of the global finalists in a two hour session that met with mass adulation from film buffs who secretly wished the festival could go on.

The 17th Manhattan Short Film Festival on its 5th tour to India left a long-lasting impact on cinema buffs at the surreal Sitara Studio that warmly hosted in India a one of its kind global short films festival. Manhattan Short 2014, India chapter, scheduled from 3rd October 2014 to 5th October 2014 at Mumbai thoroughly entertained, encouraged and enthralled the movie goers with its international appeal and localized charm. It also offered a magnificent window to budding film makers through ‘Vote for India’ screenings, an audience driven selection process by Manhattan Short India and Vivanta by Taj that proved to be a win – win.

As the festival’s India stopover culminated, Mr Anil Sadarangani, Festival Director of Manhattan Short in India expressed, “We are elated at the success of the three day festival. A lot of effort was put in to host Manhattan Short 2014 in India. I would like to thank everyone involved in this endeavor, the venue partner Sitara Studio, Vivanta by Taj, the organizing team members, the film industry stalwarts, the participants and especially the short film connoisseurs for making Manhattan Short India a memorable and sought after destination that helps patrons of short film genre create a big impact.”