Mandana Karimi who will be making her big bollywood debut opposite Tusshar Kapoor in Kya Kool Hai Hum 3 was spotted at Mr. India Finale last night. The co-stars had a gala time at the party. 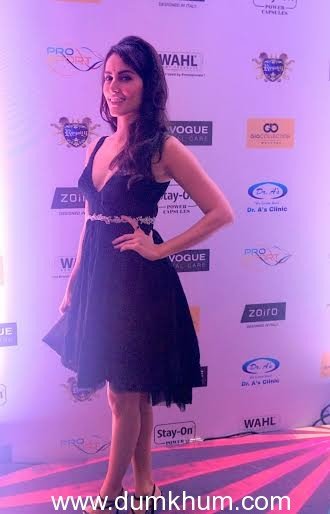 The model-turned-actress was wearing Rocky S and made a spectacular entry with the designer himself.