Mallika Sherawat has been busy with Hollywood projects but now there’s a Bollywood film which has excited her. Director Saandesh B. Nayak’s Zeenat is all set to be her first Hindi film this year. A social drama, Zeenat focuses on relationships.  Saandesh B. Nayak confirms signing Mallika Sherawat and said, “She is extremely co-operative and is super excited about the project.” Mallika Sherawat added, “I feel that the script of Zeenat is a subject which is almost in the space of work that I am associated for a while now. As an actor, I was looking for a subject like this. It’s fortunate that this is an absolutely commercial Hindi film which helps a message to be conveyed to a larger section of society. I am thrilled and looking forward to this role  and working in the film. I have never played something like this before.” 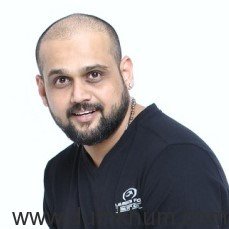 Zeenat will go on floors soon and it will tentatively release in year end of 2017. The film is a multi-starrer and the other actors will be revealed soon. Zeenat is directed by Saandesh B Nayak and produced by Isha Nayak under the banner of Saanvi Nayak Films.