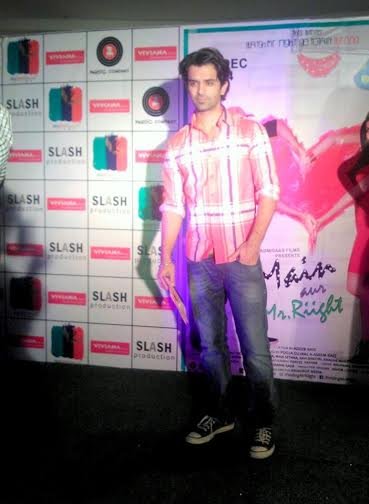 The team of ‘Main Aur Mr Riight’ took the fans in Vivana Mall, Thane, by surprise. During the event, singers Shibani Kashyap and Jaspinder Narula kept the energy levels going high with powerful performances along with the rest of the cast. Producer Pooja Gujral, director Adeeb Rais and actor Barun Sobti interacted with fans and spoke to them about the film. Also, as part of a contest that was held, Barun was requested by the winners for a dance and a hug. The actor spoke to the audience about his role in the movie and also clicked selfies with them. Directed by Adeeb Rais and produced by Pooja Gujral and Aseem Rais, ‘Main Aur Mr. Riight’ is presented by Madmidass films. The music has been given by renowned singer/musician Bappi Lahiri. The movie is slated to release is on December 12, 2014.