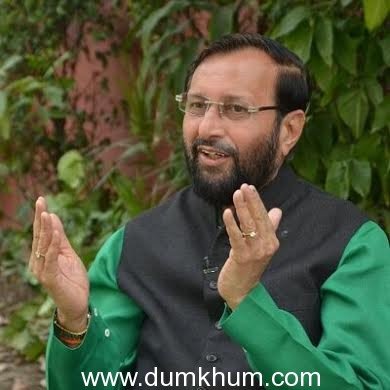 The Ministry of Environment & Forests has approved the proposal by the Maharsahtra Government for notifying  Bor Wildlife Sanctuary  in Wardha district as a Tiger Reserve .  It becomes the 6th tiger reserve in Maharashtra after Tadoba, Melghat, Pench, Nagzira and Sahyadri, and the 47th tiger reserve in the country.
Union Minister for Environment, Forests and Climate Change, Prakash Javadekar approved the recommendation to declare 13,812 hactare area of Bor Sanctuary, New Bor Sanctuary and New Bor Extended Wildlife Sanctuary as a core / critical tiger habitat.  Mr. Javadekar is also the Chairman of the National Tiger Conservation Authority
The Bor Wildlife Sanctuary, notified by the State in 1970, is rich in biodiversity  with a wide variety of flora and fauna, including tiger, co-predators, prey animals  and birds. The habitat is scenic and is on the boundary of Nagpur and Wardha  districts, amidst the Satpura-Maikal landscape, forming catchment of the river  Bor. The sanctuary is also an important corridor between Tadoba-Andhari and  Pench Tiger Reserves of the State.
With Project Tiger coverage, the reserve would receive funding and technical  support which would strengthen tiger conservation, besides eco development to   tiger reserve in the country and the 6th
The Union Environment Minister also approved the recommendations of the Technical Committee of the Authority  for a project from the Wildlife Institute of India to establish ecological baselines  for long term monitoring of tigers, co-predators and prey species in the Dibang  Wildlife Sanctuary and adjoining landscapes in Arunachal Pradesh, besides  supporting the extension of an ongoing research project on intensive monitoring  and study of tiger dispersal in the Kanha Tiger Reserve of Madhya Pradesh.
PIB Mum|Del|MD