L’Oréal Paris, in association with NDTV proudly announces the Women of Worth Awards 2016 ·         L’Oréal Paris Brand Ambassador Sonam Kapoor unveiled the trophy, introduced the jury and announced the categories and the nominees for the Women of Worth Awards 2016 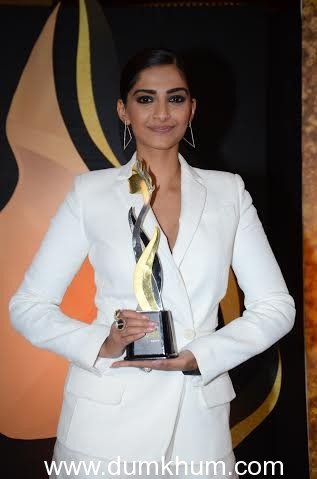 ·         A women’s leadership conclave to be held in Delhi on the International Women’s Day, March 8, 2016 with eminent personalities and opinion leaders of Indian society 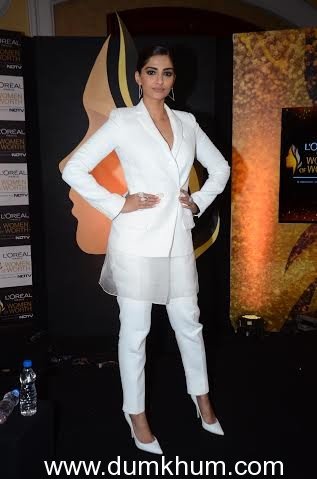 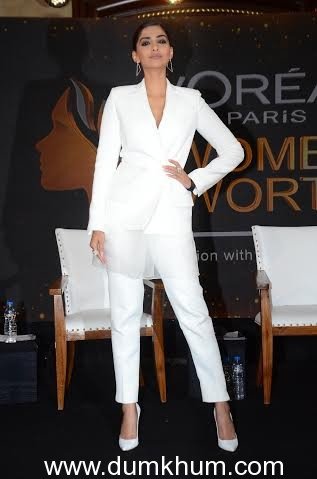 L’Oréal Paris in partnership with NDTV launched the ‘Women of Worth’ Awards, a platform and campaign that will scout, recognize and felicitate the achievements of ordinary women who have achieved extraordinary success in making a difference to the lives of others through their bravery, convictions and drive. The ‘Women of Worth’ 2016 awards and campaign will showcase their inspirational and impactful work to the world at large.

Present at a special ceremony to announce the nominees were Manashi Guha (Vice President Marketing, L’Oréal Paris India), Sonam Kapoor (L’Oréal Paris Brand Ambassador), Vikram Chandra (Group CEO, NDTV) and the esteemed panel of jury members. The jury members present exemplified the same admirable qualities possessed by the nominees – a dedication to being true to themselves, a devotion to community and outstanding achievement in their respective fields.

Manashi Guha, Vice President Marketing, L’Oréal Paris India, said, “‘Women of Worth Awards’ is philanthropically a huge initiative undertaken by the brand to strongly support the extraordinary contribution made by Indian women in their respective fields. These awards are our small way to distinguish the achievements of such women who embody the spirit and values of the L’Oréal Paris brand. It is the ideal platform for us to salute them and a matter of pride for us to associate with NDTV, who also believes in empowering women.”

Expressing her support, L’Oréal Paris brand ambassador Sonam Kapoor said, “It’s an honour to be a part of this amazing campaign and the Women of Worth awards that is the brainchild of L’Oréal Paris. The brand has always celebrated the strong spirit of women, and these awards are a perfect way to admire and thank these accomplished women who represent the changing face of modern India. With their unwavering passion, determination, selfless contribution and ability to pursue their dreams, they are a true inspiration and I’m extremely happy to be in the presence of such great ‘Women of Worth’.”

Sharing his thoughts, Vikram Chandra, Group CEO, NDTV said, “Women empowerment is a cause NDTV has firmly believed in. The Women of Worth initiative to honour real women from different walks of life is an excellent platform to discuss the issues faced by them and find solutions for the same.  Extraordinary women are emerging as the real ‘she-roes’ with their grit and determination. We really hope that through this association, NDTV & L’Oréal become the voice to encourage more women to make a significant difference in our society.”

‘Women of Worth’ awards recognize the achievements of women who possess a strong personality, are sensitive to needs of the society and a pillar of support and strength in all walks of life. The nominees have been shortlisted after an extensive research process while identifying each one’s key contribution in their respective fields. These unique awards felicitate ‘Women of Worth’, while celebrating the many facets of their inspirational journey.

On International Women’s Day, March 8 2016, a conclave with eminent personalities, opinion leaders, the ‘Women of Worth 2016’ jury members and spokespersons from L’Oréal Paris and NDTV will be organized to discuss a range of subjects impacting the evolving role of women in India and issues impacting society.

Through a public voting system in conjunction with jury inputs, the campaign will end in March 2016. A transparent and well-structured voting system for the public will be set up to ensure that the most deserving nominees win. A glittering ceremony, where the nominees will be awarded the ‘Women of Worth’ titles, will be held in Mumbai on 28th March 2016.

L’Oréal Paris is a truly global beauty brand combines the latest in technology with the highest in quality for the ultimate in luxury beauty at mass. Our signature phrase, “Because You’re Worth It”, is meant to inspire each and every woman to embrace her own unique beauty and reinforce her sense of self-worth.

L’Oréal Paris truly believes that, whatever your age, gender, ethnicity or look, “you’re worth it”.

NDTV Ltd, founded in 1988, is India’s largest news and infotainment network. It is home to the country’s best and brightest reporters, anchors, camerapersons and producers. Offices and studios across the country host India’s most modern and sophisticated production, newsgathering and archiving facilities. NDTV has an unmatched track record of being the first to successfully launch innovative news and lifestyle channels: NDTV 24×7 is a clear leader in the English news segment; NDTV India is amongst the country’s leading Hindi news channels while NDTV Good Times straddles issues from health and holistic healing to fashion and food. In a first of its kind in the country the 2-in-1 channel of NDTV Profit and NDTV Prime is a business plus infotainment channel with NDTV Profit being India’s number one markets’ news channel. NDTV is credited with pioneering several broadcasting and programming initiatives in Indian television and has expanded into one of the nation’s biggest broadcasting houses by growing beyond news broadcasting and venturing into non news verticals with NDTV Worldwide and NDTV Convergence. NDTV has received many accolades for pioneering causes and for taking a leading role in Corporate Social Responsibility.