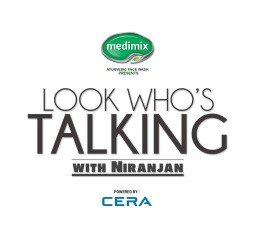 jump on the brand wagon for Zee Café’s latest offering

Have you spotted your favourite Bollywood icons in a candid conversation with their friend – let their guards down on national TV? Look Who’s Talking with Niranjan does exactly that. Come August, the much-awaited television launch of noted lyricist Niranjan Iyengar raises curtains on Zee Café.

With the creation of their maiden talk-show, Zee Café gears up to reiterate its 3i’s – innovation, amplified interactivity and a renewed identity to their existing bouquet. ZEEL’s vision to offer best quality entertainment and fresh concepts takes the lead with Look Who’s Talking with Niranjan. Constant interactivity and consumer association being the center-point, ZEEL’s prime focus of interacting with the discerning viewer fetches Zee Café an all-round engagement opportunity through this brand new chat show through communications. Gearing up ancillary closer to launch, Zee Café one of the strongest players in the English GEC category rolls out an extensive communications strategy to speak to young urban India. With Look Who’s Talking with Niranjan, the effort is to reach out to the affluent young urban viewer who seeks innovation in content. Touted to be one of the high decibel properties from their stables, Zee Café has launched on air-Teasers, Promos, an exclusive Music Video, Outdoor, Radio campaigns in addition to an extensive digital plan. Connecting with their young audience whose den is the digital world, Look Who’s Talking with Niranjan will interact extensively with its viewers on Facebook, Twitter, YouTube, Popular Websites and a LWT Microsite. While they strike a chord online, Zee Café will interact with the discerning TV viewer directly through DTH promotions alongside promotions in theatres.

With this brand new property, Zee Café pioneers a unique marketing innovation to engage with fans pan India. Celebrities will part with one item each post show, proceeds of which will go towards charity after it’s sold online on OLX, India’s largest online market place. Furthermore, getting on the Look Who’s Talking brandwagon circuit, Medimix Ayurvedic Facewash signs up as Presenting Sponsor along with CERA on board as the Powered By sponsor. Micromax and Omega form an integral part of the sponsorship as well with the former as the ‘Mobile Partner’ and the latter as the ‘Lifestyle Partner.’ The bouquet of associate sponsor include Hersheys, Axis Bank and OLX.

Commenting on the launch Anurag Bedi, EVP & Business Head, Zee Cafe said, “Look Who’s Talking with Niranjan is indeed another ace delivered by Zee Cafe. I’m very proud of its outcome. At ZEEL, our effort has always been to strengthen connectivity with our loyalist. This fresh concept will indeed race towards offering the best content mix to viewers pan India. Look Who’s Talking with Niranjan adds to our current programming bouquet, that much-needed edge which takes Zee Cafe not just into viewers homes but helps create a personal connect through people who they admire the most. Wishing my crew and team all the very best as we gear up for launch!”

Reliving madness from the show onsets, some of the off-the-cuff one-liners heard were remarks like Karan Johar stating, “I’ve tried everything to find my special someone but I cannot put myself out there like a prostitute!” to Alia Bhatt’s phobia for plants, Sonam Kapoor’s personality hide-out being acting as it allows her to be a completely different person and other such interesting stories!

Want to know more? Make sure to catch the all new series, Look Who’s Talking with Niranjan starting Sunday, August 3, 2014 at 9pm only on Zee Café

Zee Café is a leading player in the English GEC category. It encompasses an exhaustive library of the top US shows like The Big Bang Theory, Grey’s Anatomy, Scandal, Two and A Half Men, House of Cards, The Vampire Diaries, Pretty little liars etc. Catering to English speaking audiences it boasts of a healthy mix of reality and scripted show offerings directly from the U.S. It has associations with powerful international studios such as Fremantle, Disney, WB, CBS, Sony etc and is currently available across all major DTH & Cable networks in India.