Today Mumbai was taken back to around a century. Mumbai’s first Sarvajanik Ganeshotav at Keshavji Naik Chawl, Girgaum, started in 1893 witnessed Lokmanya with them again. 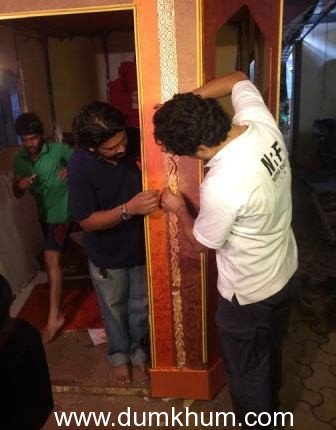 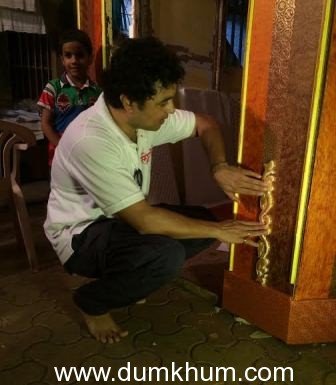 “We did over three years of research just to understand the life and thoughts of our leader Lokmanya Tilak. He started the concept of Sarvajanik Ganeshotav in Mumbai at Keshavji Naik Chawl. Following our leader’s ideals we to believe in an elegant and uniting festival. Today we have come to the same Keshavji Naik Chawl with Subhod to support the members of the mandal for preparation”, said director Om Raut. 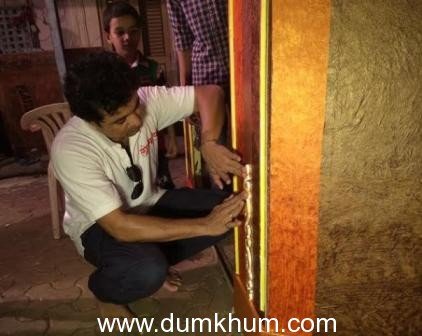 The members of Keshavji Naik Chawl were equally enchanted to have Subhod Bhave with them helping in the décor of the Ganapati Mandap and informal discussion on Lokmanya’s character in the movie.

Lokmanya Tilak is aptly enacted by actor Subhod Bhave who was present during the promotion along with director Om Raut and writer Kaustubh Savarkar.