LET THE GAMES BEGIN WITH A DHOOM! 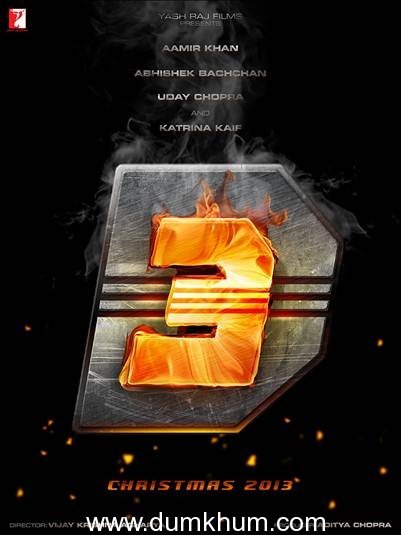 Yash Raj Films Licensing and 99Games Online Pvt. Ltd. have entered into a multi-year, multi-title licensing agreement for the development and publishing of mobile games based on the popular Dhoom film franchise. The first game in this series will be marketed with the release of the highly-anticipated “Dhoom:3”, which opens in theatres worldwide on December 20, 2013.

“99Games Online is the perfect company to create mobile games based on Dhoom franchise. The company’s ability to produce high quality exciting games with true-to-life graphics will plunge players into the center of the film’s action,” stated Rohit Sobti, Vice President of Yash Raj Films Licensing.

“We are excited to announce this partnership with Yash Raj Films to build best-in-class mobile games around the popular Dhoom franchise”, said Rohith Bhat, CEO of 99Games Online. “The Indian gaming space is starved for quality mobile games. The Dhoom franchise has set high standards of production quality and entertainment quotient, and we intend to deliver the same through a series of games which will be released globally”

99Games Online Pvt. Ltd. is all about creating fun, exciting and engaging games for mobile. In a short span of time, it has released many successful titles spanning multiple genres on mobile – Dream Star, The Jim and Frank Mysteries, WordsWorth and many more. More details are available at http://www.99games.in