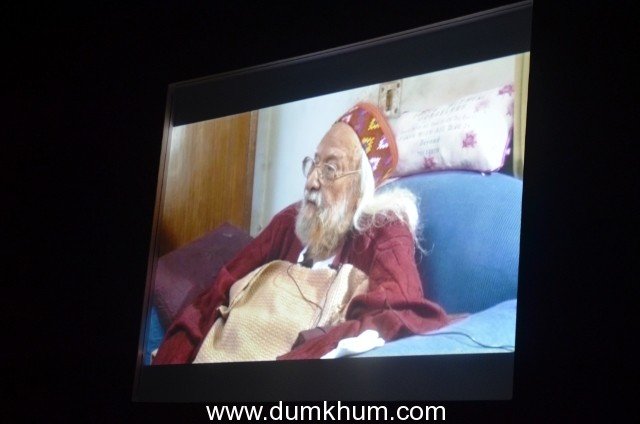 Speaking on the occasion Dr. Rajan said, “In light of his literary accomplishments, Mr. Khushwant Singh was a natural choice for this year’s Landmark Literature Live! Lifetime Achievement Award. A prolific and versatile writer, with impact in literature, journalism, historical chronicling and politics, Mr. Singh’s outstanding contribution to the Indian literary scene is unquestionable. He is one of the most loved and well known authors of the country. It is an honour for Landmark and the Tata group to felicitate Mr. Singh who is an inspiration to an entire generation of Indian writers.” The award, which carries a citation, silver plaque and cash prize of Rs. 5 lakhs, has been instituted to recognise and honour outstanding contribution to the Indian Literary space. The past recipients of the award have been Sir V S Naipaul in 2012 and Ms. Mahasweta Devi in 2011. The award ceremony started with the actor Rajit Kapur, who featured in Train to Pakistan, a Hindi film adapted from Khushwant Singh‘s historical novel by the same name, reading an excerpt from the veteran author’s book “For the Love of Food”.

A video where the Festival Director, Mr. Anil Dharker, had visited Mr. Singh at his residence in Delhi to honour him was also shown.

Speaking on the occasion, Mr. Dharker said, “Khushwant Singh is surely one of our legends. His history of Sikhs is the definitive book on the subject, while Train to Pakistan remains the best novel written about Partition. His stint at the Illustrated Weekly, and his columns brought in a new brand of irreverence to readers. In addition, his firmly secular approach to life has been a very strong point of his writings.”

To celebrate the author and his works, an art and photography exhibition displaying art works inspired by his autobiography, Truth, Love and a Little Malice also took place. Investigating the relationship between literature and art, the exhibition showcased paintings and photographs of illustrious artists like Amit Ambalal, Anjolie Ela Menon, Arpana Caur, Raghu Rai, Clare Arni, Desmond Lazaro, Gigi Scaria and many other eminent artists.