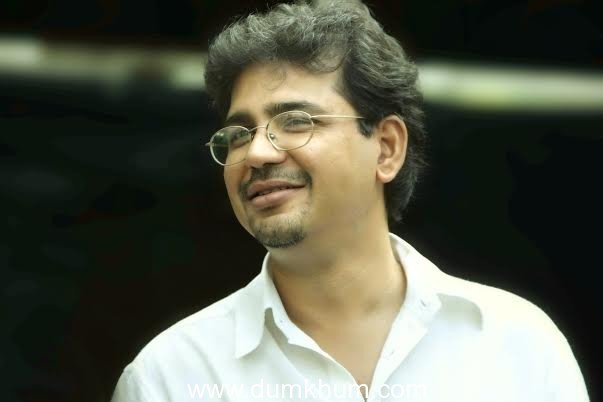 Leading publication house Westland Ltd. has added another name to their enviable list of authors which includes the likes of Amish Tripathi (Shiva Trilogy), Ashok Banker (Mahabharata Series), Ashwin Sanghi (Krishna Key), Rashmi Bansal (Follow Every Rainbow), etc.This is none other than the Indian film director of Kurbaan, the screenplay of which was written by D’Silva himself and was nominated for several Indian awards and the screenplay writer of the nationally acclaimed Bollywood film Rang De Basanti, Rensil D’Silva. Rensil is now on the cusp of releasing his debut novel Kohinoor Express, to be published by Westland Ltd.

Kohinoor Express is a historical thriller set in the 1800’s. It follows the trail of the Kohinoor after it was taken from Ranjit Singh by the British (after the last Sikh War), and handed over to Queen Victoria. The novel charts the story of that epic journey. It is also a story of a band of unlikely heroes who were determined at all costs, to stop the world’s greatest diamond from falling into the hands of the British and leaving India’s shores forever.

Rensil, who has directed films such as Kurbaan says of his new venture, “The novel was born out of my fascination for the Kohinoor and my decade long research into the history of the diamond. I have repeatedly visited the Tower Of London, just to gaze at it. And have spent many hours delving into its past. While I have in the last ten years written and directed many stories for the movies, advertising and television, few stories have excited me as much as this has”

RensilD’Silva has worked with some of the biggest Bollywood stars such as AmitabhBachchan, Aamir Khan, Anil Kapoor, KanganaRanaut to name a few. He has also worked extensively with directors as diverse as Karan Johar, Mani Ratnam, ShoojitSircar and David Dhawan.His next release Ungli is produced by Karan Johar for Dharma Productions and stars a plethora of stars including EmraanHashmi, Sanjay Dutt, KangnaRanaut and RandeepHooda.  Additionally, he has also forayed into television with the popular fiction show 24 starring Anil Kapoor, of which he has written and directed 6 episodes.  His book Kohinoor Express is up for a 2015 release.

WESTLAND LIMITED is a subsidiary of Trent Limited, the retail arm of the Tata group, the largest diversified industrial group in India. The group includes EastWest Books and Tranquebar Press.

They publish literary as well as commercial fiction and non-fiction, and are engaged in both the publishing and distribution of books. After more than 50 years of experience in import and distribution of major academic and English language trade publications from all over the world, Westland’s focus has shifted to publishing in the last few years. Today, Westland is the fifth-largest English-language trade publisher in India and has published a host of bestsellers, including Amish Tripathi’s Immortals of Meluha and The Secret of the Nagas, Ashwin Sanghi’s The Rozabal Line and Chanakya’s Chant.