Shilpa Reddy launched her brand new collection titled Crystal Blossom at Amara fashion house, Kemps Corner, on February 20. The collection, inspired by the magnificent glow of underwater flowers that shines like a beacon in a dark world, was a hit among city fashionistas. It was unanimous that Crystal Blossom designs are strong yet feminine; modern yet practical. 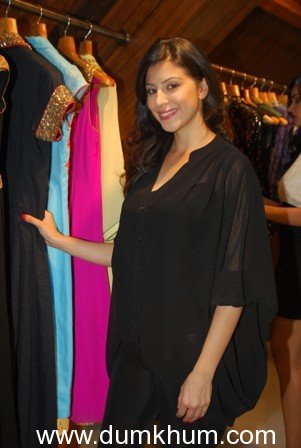 Onlookers loved the soft and bright ocean colours and intricate crystal flower embroidery on the clothing. Shilpa Reddy, having lived and worked in Mumbai, feels that her design sensibility goes well with the strong and fashionable vibe of the city. Designer Shilpa Reddy completed her fashion designing from Academy of Design, Toronto. She has won the prestigious Gladrags Mrs India title in 2004 and has been a Kingfisher calendar model too. At present, she writes a fitness column for a leading magazine. The brand was a part of the South Spin fashion awards 2012, held in Hyderabad, along with designers Nishka Lulla and Shravan Kumar. In July 2012, Shilpa Reddy was the official designer for actress Lakshmi Manchu, of Desperate Housewives and Las Vegas television series fame, at the SIIMA awards, Dubai. The label has also shared space with international luxury brands like Genesis Luxury, Harley-Davidson and Mini Cooper. Towards the end of 2012, NDTV featured a Shilpa Reddy creation for Sushmita Sen as one of the ‘10 Best Anarkali’s bollywood stars wore in 2012’. 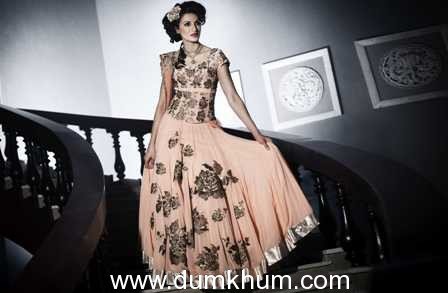 Her flagship store in Hyderabad received a great response. This inspired her to expand the brand’s reach by tying up with multi-designer store KIMAYA. Now, with Amara Couture, she takes on Mumbai. Amara Couture is a store that always caters to those who have a sense of style and fashion.

Since December 2005, Amara has offered a wide variety of chic, stylish and fashionable designer-wear clothing and accessories. Amara is not just a place for designers to display and sell their merchandise, it is a place where people indulge and enjoy the shopping experience.

Owner Amith Dholakia says, “Amara caters to everyone who has a fine sense of style, fashion, grandiosity and wishes to be admired in every possible way. It is all about creating a feel good factor.”

Be it prêt, diffusion or couture, Amara houses some of the best designer collections and also offers great opportunities for contemporary designers to showcase their creations.