The Jio MAMI Film Club with Star will hold the Indian Premiere of India in a Day at PVR Icon on Tuesday, 20th September. The film will be released theatrically in key cities by Dekho Releasing on Friday, 23rd September.

This extraordinary film answers the question – what does it mean to live in India today?  Made entirely from crowd sourced footage; the film is  directed by Richie Mehta, executive produced by Ridley Scott and Anurag Kashyap, and in partnership with Google and Scott Free Films.

Executive Producer Anurag Kashyap said, “To me an India has emerged that I had not imagined. So many points of view, each with a way of surprising and shocking you.”

Jio MAMI with Star, Festival Director, Anupama Chopra said, “India in a Day provides a unique insight into our country.  It’s a fascinating and entertaining documentary.  I’m grateful to Google and Richie Mehta’s team for giving the Mumbai Film Festival India in a Day’s India premiere.”

Google Inc. Head of Marketing, Sapna Chadha said, “In line with our commitment to innovation, we are excited to partner this special project to release India’s first fully crowd sourced film. The footage received strongly reflects India’s dreams and aspirations in its journey towards a more connected and digitized nation. This unique initiative celebrates the spirit of India and promises to be a treat to millions of Indian across the country and the globe.”

In October 2015, ordinary people across India were asked to film their lives to capture who they are, their dreams and aspirations. People responded in their thousands, submitting more than 16,000 videos, containing over 365 hours of deeply personal, heartfelt, and joyfully honest moments.

Director Richie Mehta said, “I’ve always felt that if you can figure out what’s happening in India in any sense, you’re going to have some sort of roadmap for how we all can get along in the future. It’s a unique metaphor for the world as a whole”.

In India, Zoya Akhtar, R.Balki and Shekhar Kapur lent their support to the project by appearing in call out videos and spreading the word on social media. The music was composed by Oscar-winning composer Stephen Warbeck, and the film was edited by Beverley Mills, and produced by Jack Arbuthnott and Cassandra Sigsgaard.

Footage came from all over India; from Rajasthan to Kerala to the Andaman and Nicobar Islands. The resulting film offers a remarkable insight into the lives, loves, fears and hopes of people living in India today.

The concept of the film is based on the 2010 film Life in a Day, which was produced by Scott Free and YouTube. It used footage shot by people from 192 countries around the world who filmed their day on 24th July, 2010.

This is the Club’s third activity. The first being Sir Ian McKellen in conversation with Aamir Khan and the second being the India premiere of Netflix’s title Brahman Naman, directed by Q. The film club is committed to hosting year-round activities bolstering the cinematic landscape of the country.

Larry Page and Sergey Brin founded Google in September 1998. Since then, the company has grown to more than 50,000 employees worldwide, with a wide range of popular products and platforms like Search, Maps, Ads, Gmail, Android, Chrome, and YouTube. 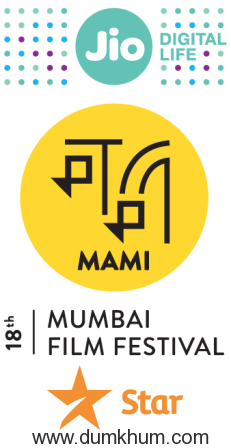 The city of Mumbai is home to cinema. Mainstream populist cinema, art house – independent cinema and even B-grade potboilers co-exist and thrive here. It’s home to film lovers, patrons of art and the common man who seeks a few hours of escape from his daily grind. It’s home to storytellers and dreamers. It is about time that the city’s beloved Mumbai Film Festival expands its horizons and initiates year-round activities that create a much-needed holistic ecosystem for cinema, the film fraternity and film lovers. We look forward to creating a platform that nurtures, supports, educates and entertains this vast community of movie lovers from all walks of life.