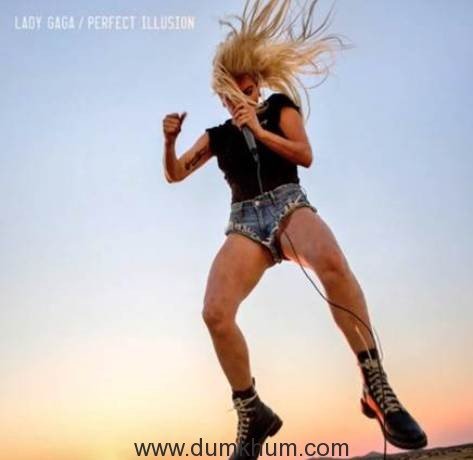 Lady gaga is back with a bang as she launches her new track, Perfect Illusion. Gaga’s return has been hyped for months and excitement was ranked up further when she revealed that she has recorded a duet with Florence + the Machine’s Florence Welch.

The news of a joint venture between Lady Gaga and Florence Welch has got the internet buzzing. The fierce talent’s new single called “Perfect Illusion” also consists of a feature that she thinks her fans will really look forward to.

The track will appear on Gaga’s as-yet-untitled forthcoming fifth solo studio album. The new track got its first play on The BBC Radio One Breakfast Show in UK. Lady Gaga during her on-air interview said, “It’s totally out of this world for me. I’m just so excited.” Hearing this her fans cannot contain their enthusiasm and excitement.