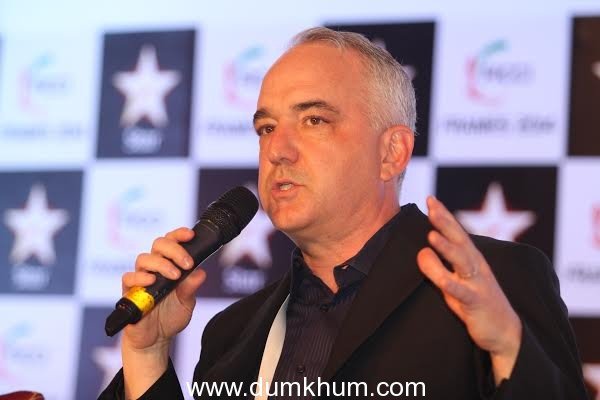 Experts at a panel discussion on “Internet and Democracy: Interloper or Catalyst?” at the FICCI FRAMES 2014 convention here today cautioned that internet privacy was misunderstood.  While businesses in general were not interested in mining data that was not relevant to their sales, customers were reluctant to share their details largely so that they would not be spammed. It was important for website developers to showcase their privacy policy properly. This has implications for youngsters’ relationship with Facebook and Twitter after they realise that potential employers have access to their posts. In this regard, the panel felt that there is a lack of privacy literacy especially among young people. They seem unable to interpret the privacy policies of the various platforms. Even if they can interpret the policy, they are cognitively not yet adept at understanding its implications. Hence it is important to develop privacy literacy in the social media age.

Mr Fisk described the internet as something that amplifies human nature. As a tool, it allows organisations to have a dialogue with people and be transparent. In their first election campaign, they gave people the tools to self organise and personalise their involvement in the campaign. It was the first time that an American campaign had opened up its web page and allowed people to come online and personalise their involvement in the campaign. The second campaign saw a shift from the desktop online existence to a mobile online existence. The campaign managers had to create the tools to adapt to that transition.

Mr Krishnaswamy  described the story of the growth of the Internet in India. This growth led to a lot of opportunity. With four million users coming online every month, almost all of them on mobiles, the mobile is now the real tool of empowerment. Future users would largely be from the non English speaking populace. Already, language websites are growing faster than English websites. As far as the government is concerned, there is an increasing belief in connecting with the average citizen through the Internet. “Poverty is linked to information poverty,” he said, “and this is believed by the government too.” The Internet has great power and it can only make democracy a better social catalyst, he felt.

But the Internet still has very limited exchange of actual opinion or dialogue, in the view of Ms Suparna Singh. She felt that India is one election away from the social media becoming an apparatus of change. Presently it is mainly a platform for crowd based anger and there is a marked reluctance of prime ministerial candidates to appear on a ‘town hall’ and take questions. Politicians still talk ‘at’ people, not ‘to’ them. The Internet would have more relevance during the next election, she predicted.

Mr Samantray discussed how his company had helped businesses tap into the power of the Internet through simple sms. While regular businesses update their sites once or twice a year, sms messages are updated about four times a month because they are simple.

“We have been focusing on elections and election monitoring,” said Mr Mike Best. Describing how they began in 2011 with the Nigerian election that was a ‘make or break’ election much like the present Indian election, he discussed how they analysed, flagged and tagged reports for electoral irregularity using Internet tools. They are now keen to explore ways to ensure free and fair elections in India.

There was time given to the audience to interact with the panellists, and questions revolved around harmonisation of Internet laws globally  to verification of data.