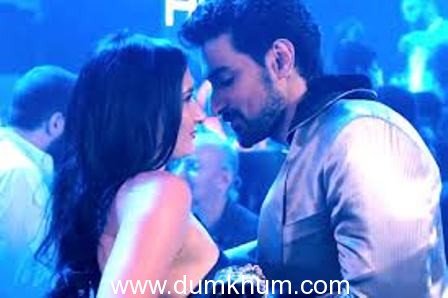 After making a splash with his big Bollywood debut in the blockbuster Rakeysh Omprakash Mehra Rang De Basanti ,Kunal Kapoor had audiences and critics floored with his performance in Anurag Kashyup’s Luv Shuv Tey Chicken Khurana –

Says acclaimed critic and trade analyst “Kunal Kapoor is a complete revelation. The actor is charming all through, but shines luminously in the penultimate moments of the film. The emotional sequence proves he can carry off the tough moments with dexterity.”

Adds Saibal Chatterjee,NDTV “The inherently endearing quality of the screenplay is enhanced enormously by the actors, each one of them perfectly cast.
As the village boy on the run from a dream gone sour, Kunal Kapoor hits all the right notes”.

Says Madhureeta Mukherjee,” Kunal Kapoor (with his well-boned and clean-shaven look) has finally grabbed a ‘meaty’ part to chew on. He’s subtle, easy and grows on you, dishing out a fine performance”.

Producer Anurag Kashyup known for his tell-it-as-it-is attitude too is impressed with actor Kunal Kapoor , touting him as one’s of the most courageous actors of recent times.
Said Anurag Kashyup “It takes a lot of courage to refuse the work you don’t believe in, and then to take time off to develop the sort of scripts that you want to do.. I know a lot of actors in Kunal’s position that have gotten insecure and done films that they did not want to be part off.”