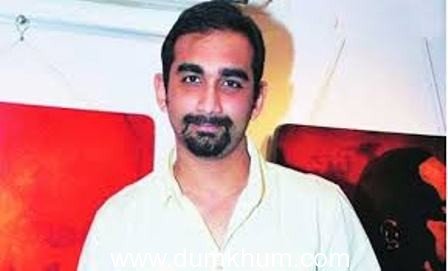 Hitmaker Kunal Deshmukh whose films have always garnered a full house and had the cash registers ringing, this time around, adds another feather to his hat.

Not many know that director Kunal Deshmukh is a partner of a resto-bar named Trikaya in Pune and it has been learned that the restaurant has bagged the ‘A’ Design Award- Silver in the Best Interiors Category and may travel to Milan in August for the award ceremony.

A’ Design Award and Competition aims to highlight the excellent qualifications of best designs, design concepts and design oriented products worldwide.A’ Design Awards is a premier annual juried design competition that honors the best designers, architects, engineers, design studios and design oriented companies worldwide to provide them publicity, fame and recognition. A’ Design Award and Competitions are organized and awarded annually and internationally in a wide range of categories. Every year, projects that focus on innovation, technology, design and creativity are awarded with the A’ Award.

A source attached to the restaurant said, “Unlike any other awards, A’ Design Awards and competition have several categories of the award. Winners are categorized as Gold, Silver, Bronze and Iron. Then there is a runner up and participation status. The tag Silver represents that Trikaya falls in the top 3% of the world’s best interior designs.”

Incidentally, last year, Kunal and his partners expanded and opened a Trikaya branch in Versova, Andheri.