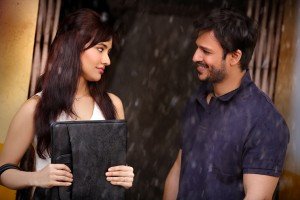 Says producer Kumar Taurani “We are happy to announce ournext venture Jayanta Bhai Ki Luv Story which will release Octoberthis year– The shoots have been on schedule and we are very excited with theway things are shaping up.We can’t wait for the film to hit theatres”.

Talking about the film says the director “Jayanta Bhai Ki Luv Story isa film about how we fall in love unknowingly with people we least expect to.Itisn’t a westernized clone but a true Indian rom-com that’s lighthearted,sensitive and entertaining”.

Lookingat completing the filming by the end of July, the film went on floors Marchearlier this year –

“Wefinished our first location. Kotachiwadi was a beautiful setting and lentitself so perfectly to the scenes. Both Vivek Oberoi and Neha Sharma wereextremely supportive of the grueling schedule” adds Vinnil Markan. 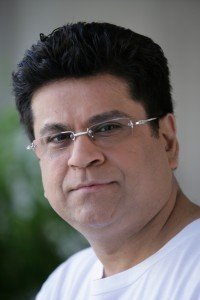