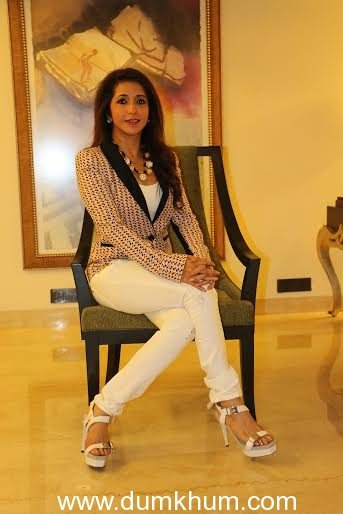 After a spate of successful films like Ram Leela, Raanjhanaa, R…Rajkumar and NH10, Eros International continues to forge alliances with leading filmmakers and production houses with the aim to deliver money spinners at the box office.

With Kangana Ranaut and R Madhavan reprising their roles, producer Krishika Lulla – Eros International, believes their forthcoming venture, Tanu Weds Manu Returns will redefine the trend of sequels in Bollywood. As a producer, Krishika has always had an eye for content driven cinema and she would always like to support strong scripts.

Krishika has always backed projects with genres ranging from rom-com to a slice of life, romance drama, dark thriller and now the producer is hopeful that Tanu Weds Manu Returns will entertain audiences across the country. Always the one to support a good script, Krishika Lulla has never shied away from backing projects which are high on content, irrespective of the starcast.

Says Krishika, “ Content is king and as a producer I strongly believe the audience is ready for a variety of cinema that caters to different sensibilities. Keeping that in mind, I’m confident Tanu Weds Manu Returns will do everything it has set out to and is a genuine film with a heart and a soul that will stay with audiences much after its release”.