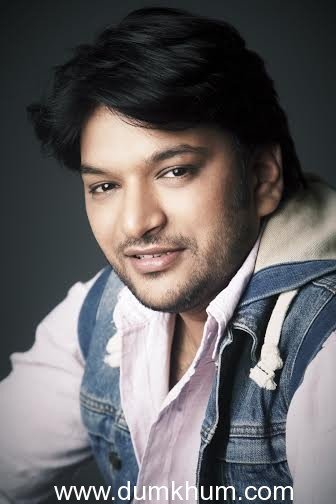 Says the Sufi Rock singer Ankit Saraswat, an adherent fan of legendary singer Kishore Kumar
Sufi Rock singer Ankit Saraswat to make a start of his Zindagi Ka Safar, an adherent fan of the luminary Kishore Kumar speaks about his fondness towards the legend.
Drawing inspiration from his favorite singer Kishore Kumar, Singer Ankit Saraswat speaks about how his mesmerizing voice would entice everyone and leave the listeners spell bound. The songs  by Kishore Kumar are soulful and make an instant connection between him and the listener. The serene voice of Kishore Kumar explores the secret of the heart with his personalized touch.
When asked Ankit about his fondness for the singer, he says “Kishore Kumar has largely inspired me. I am huge fan of Kishore Kumar. He is an inspiration for millions of singers including me. I would love to adapt the zeal he had for singing”. He further adds “ He would sing from his heart like no other singer. The Euphoria created by Kishore Kumar would draw one and all in his soulful music. Calling him multitalented would be an understatement”. After carving a niche for himself in Sufi Rock genre, Singer Ankit Saraswat spins his magic venturing into new territories with one of his favorite genres- Romantic.
“Kishore da would sing every genre to his utmost passion from intense to romantic, he would feel every emotion of the song and depict a story through his melodious voice” Ankit says.
Born & brought up in Agra, an MBA graduate & a lawyer by profession Ankit Saraswat, with no formal training in music & after his first hit music single introduced altogether a new genre for the music connoisseurs; Sufi Rock.
Ankit Saraswat released his first single Bheegi Si Yaadein under the renowned banner Dauji Films & Entertainment that garnered success with humongous likes & that further motivated the singer to release another single under the same banner, this time attempting Sufi Rock ” Hai Tu..” for which the Music video was filmed last month.