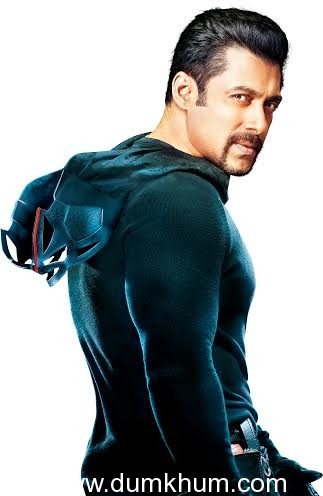 Salman Khan has done it again! His latest film ‘KICK’ has taken a superb start by opening to housefull shows across the country. The film is anticipated to be Salman’s biggest film at box office ever.

The film released in 4100 screens across India and 700 plus screens overseas. Morning shows in theatres like City of Gold, Shiv Cinemax, Rajhans, Cinemax, PVR, Cinepolis and City Pulse in Ahmadabad and Raipur respectively opened to a HOUSE FULL board. The film took an almost 100 per cent opening in East Punjab and UP as well. Going by this box office trend, the film is expected to be bigger than all previous Salman films.

‘KICK’ has successfully impressed industry veterans, critics and audience receiving rave reviews for its chartbusting songs, edgy chase sequences and a unique script. Going by the buzz generated for the film, ‘KICK’ will surely break many box office records this weekend.

This Eid, Salman’s gift for his fans comes in the form of ‘KICK’ which offers a complete cinematic experience for the film buff and is expected to be one of the biggest blockbusters of the year. Go watch the movie and get your KICK!