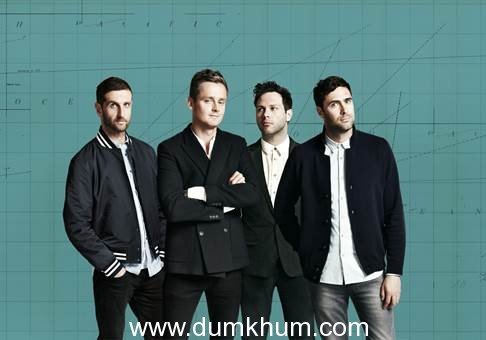 Keane are excited to announce they will be performing at the iconic Goya in Berlin on 6th November 2013, which will be the first in a series of music events, presented by Music Screen, to be broadcast live into over a thousand cinemas across Europe, North and South America.

Only 300 tickets will be available for this exclusive show on 23rd September, 10am UK, 11am Euro time at http://keane.seetickets.com

Screening information will be available at www.keanemusic.com from 23rd September.

Over the past ten years Keane have become one of the world’s most successful and admired British bands.  They have sold over 11 million albums worldwide and had many hits including ‘Somewhere Only We Know’, ‘Everybody’s Changing’, ‘Is It Any Wonder?’, ‘Crystal Ball’, ‘Silenced By The Night’ and ‘Spiralling’. They have performed 700 shows in over 40 countries including an acoustic performance on the Great Wall of China.

Throughout their career, Keane have continually embraced technology becoming the first band to release a single on USB stick and the first to stream a live performance in 3D. They have always been passionate about giving fans a unique live experience and this show brings the two together in a city that has been such an inspiration to them over the last ten years.

Bernie Spratt Music Screen’s Chairman says, “We’re delighted to have Keane as our inaugural artist. This concert, produced exclusively for a worldwide cinema audience will deliver a unique experience.”

‘The Best Of Keane’ features 18 fan favourites, plucked from the band’s five consecutive UK Number One albums, alongside two powerful new songs, ‘Higher Than The Sun’ and ‘Won’t Be Broken’. The Deluxe version of the album will also include a collection of the band’s exceptionally strong B-sides.  The super deluxe edition contains the two discs from the deluxe edition (The Best Of and B-sides) and an exclusive DVD of a special acoustic set, for which the set list has been chosen by Keane fans.