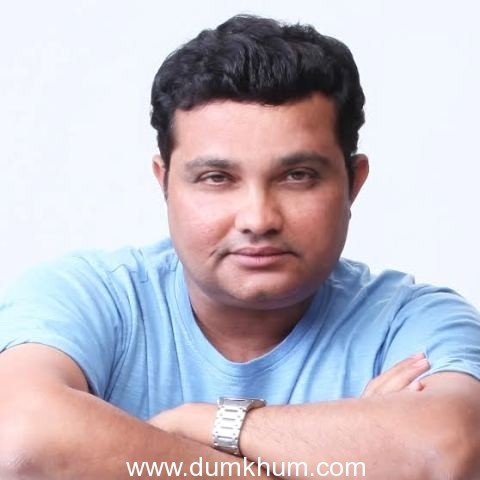 KASHISH Mumbai International Queer Film Festival welcomes the National Award for Marathi director Ravi Jadhav’s short film Mitraa. Jadhav’s film had won the Best Indian Short Narrative film award, presented by Anupam Kher’s Actor Prepares, at the fifth edition of South Asia’s biggest LGBT film fest in May 2014.
“It is truly momentous for the LGBT movement that a lesbian-themed film has won the National Award. And we are more so thrilled because the film won the Best Indian film award at KASHISH 2014 too, which goes to show that our festival recognizes and awards excellence in cinema”, said filmmaker and festival director Sridhar Rangayan.
Mitraa tells the story of a lesbian protagonist in the newly independent India in 1947 and is based on Vijay Tendulkar’s play Mitrachi Goshta.

The KASHISH 2014 jury while awarding Mitraa had said that the film was a “journey of a woman’s self- discovery and her sense of freedom against the backdrop of modern India’s freedom from the Colonial rule, thereby linking her destiny with her nation’s.A beautiful, thoughtful & tasteful cinematic transformation of a piece of literature on to celluloid.’’

Ravi Jadhav said at KASHISH 2014, “I’m truly honored with the award and response I have got for my film MITRAA. I want to send out a strong message to those who are gay, lesbian, bisexual,or transgender- you are not alone. Your struggle, for the end to violence and discrimination, is a shared struggle. Today, I’m also with you through my film. Tomorrow world will be!!!

Rangayan, whose film Purple Skies, a documentary on Indian lesbians, bisexuals & transmen, was recently screened on National Network Doordarshan, added, “Finally same-sex loving women’s sexuality is coming out of the closet in India and is being recognized as an important national issue.’’

KASHISH also welcomes the national award for the best actor to Vijay Sanchari for his role in the Kannada LGBT themed movie ‘Nan Avanalla Avalu’ in which he acted as a woman trapped in a man’s body. The Kannada movie is based on the autobiography of transgender writer and activist Living Smile Vidya.

It a proud moment for queer portrayal in Indian cinema and we hope this will encourage a lot more filmmakers to make sensitive mainstream films on LGBT lives,’’ said Rangayan.

Founded in 2010, KASHISH is held over 5 days at two venues. The festival this year will be held at Liberty Cinema and Alliance Française in South Mumbai. It is the only Indian LGBT festival to be held with approval by the Information & Broadcasting Ministry, Government of India.

The theme of KASHISH 2015, ‘Reaching Out, Touching Hearts’, reflects the urgent need for all of us to reach across barriers and boundaries, reach out to everyone – parents, families, friends, colleagues and peers. An equal society without stigma and discrimination is a shared responsibility.

The Indian LGBT movement is at a crucial time in its history, where it is fighting an unjust law – section 377 of the Indian Penal Code – that criminalizes the community. It is important to broad-base this struggle and build alliances across race, class, caste, religion, sex, gender identity and sexual orientation to challenge prejudice, change attitudes and create a society that allows each person to live with love and dignity