~ With the DARE TO DREAM theme, the LGBT International Film Festival 2014 returns with the 5th Edition ~ 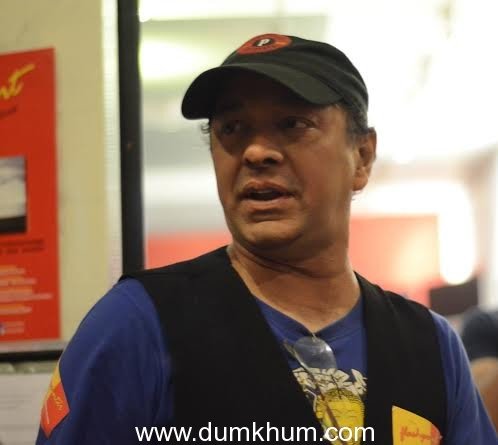 Today  the Supreme Court of India granted recognition to Hijras and Transgenders by creating a ‘third gender’ status, deeming them a socially and economically backward category, hence granting them special provisions for admission to educational institutions and employment opportunities. The SC also added that if a person surgically changes his/her sex, then he or she is entitled to her changed sex and can not be discriminated. This latest development on human rights is a hugely welcomed decision and gay activist, filmmaker and festival director of KASHISH Mumbai International Queer Film Festival Sridhar Rangayan said, “This is indeed a landmark judgment that will have a far reaching effect on rights and welfare for transgender community in India. It will provide them right to education, health, employment and several other welfare schemes. It will make the community come out of the shadows and be part of the social mainstream”.

He also said that this year’s theme for KASHISH 2014: ‘Dare To Dream’ aptly reflects this emerging change. “Every year we program a large number of films on transgender issues from across the world and they have been greatly appreciated. This year too there is a spotlight on transgender films as well as a panel discussion planned to discuss the current scenario“, said Rangayan.

Highlighting the key transgender films, director of programming Saagar Gupta said, “Films on Transgender issues to watch out for at KASHISH 2014 are ‘Will This Change’ from Bangladesh, ‘My Mother’ from UK, ‘Sexicas’ from Spain, as well as ‘Rainbows Are Real’, ‘I’dentity’ from India, among several others. ‘Can You See The Real Me’ about the life of work of celebrity transgender hairstylist Slyvie is sure to touch many hearts and offer hope”.

KASHISH Mumbai International Queer Film Festival 2014 – the fifth edition returns to win million hearts and create ripples with a bold theme ‘DARE TO DREAM’ starting from 21st May – 25th May 2014.

Voted as one of the Top 5 LGBT Film Festival in the World, KASHISH Mumbai International Queer Film Festival, KASHISH returns for its fifth year with a renewed commitment.

While the recent decision of the Indian Supreme Court on 11.12.2013 is indeed a big setback to the nascent queer rights movement in the country, KASHISH is committed to work with queer and civil rights organizations to take ahead the struggle for upholding human rights and ensuring a nondiscriminatory world.

KASHISH believes that films and art are a powerful medium to bring about social change and continues its commitment to bring the best of international and Indian queer cinema to Mumbai to mainstream queer issues and their lives.

KASHISH 2014 will reflect this spirit of optimism with its theme ‘DARE TO DREAM’, a theme that is a salute to the undying spirit and synergy of LGBT communities around the world and the changes it has brought in. ‘Dare To Dream’ is a reflection of the hopes, plans, strategies, dreams for the future and will reinvigorate and reinvent aspirations.