Kareena Kapoor Khan loses her voice on the sets of Ki And Ka ! 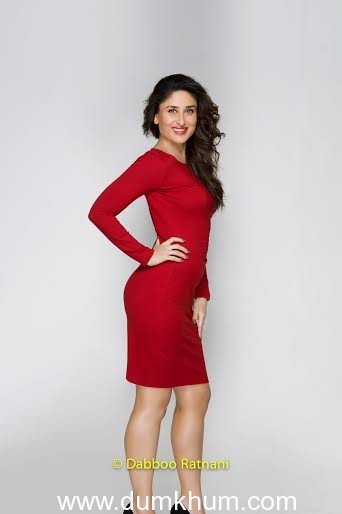 Kareena Kapoor Khan who is currently shooting for R.Balki’s next titled Ki and Ka, recently happened to lose her voice while filming an intense scene in the film.

While enacting a dramatic scene, Kareena strained her vocal chords and in the process lost her voice for a few hours.

Says a source, “ It was an emotional scene between Kareena and Arjun which involved a lot of shouting – During this performance she lost her voice temporarily and her throat didn’t seem to improve even after gargling with warm water. In the meanwhile a doctor was summoned on the set and he gave Kareena an injection .As soon as her throat improved she continued shooting for a less challenging scene that wasn’t physically draining as they are on a tight schedule.”

Sources add that the actress has been shooting for 14 hours a day.She is completely absorbed with her character and funnily enough hasn’t been able to meet Saif her husband, despite living in the same house, as she leaves at 7am and comes home at midnight.

R.Balki’s Ki and Ka stars Arjun Kapoor, Kareena Kapoor Khan, Swaroop Sampat among others. Amitabh Bachchan and Jaya Bachchan make a special appearance in the film.The film is about two people with contrasting ideologies, taking audiences through their interesting journey.While Arjun is a progressive house husband who lovingly supports his wife’s ambitions, Kareena, on the other hand, is a super ambitious career woman.