The television personalities participated on India’s Got talent and showcased their talents in front of judges Karan Johar, Malaika Arora and Kirron Kher. 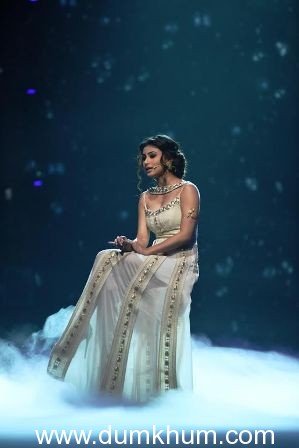 Mouni Roy sang “Galiyaan” from the movie Ek Villain and also had a moment with Malaika Arora and Karan Johar while they danced on “om shanti om” (party song). Judges were excited to see the stars from the entertainment industry coming forward and portraying their talents on the stage of India’s Got Talent for the first time.