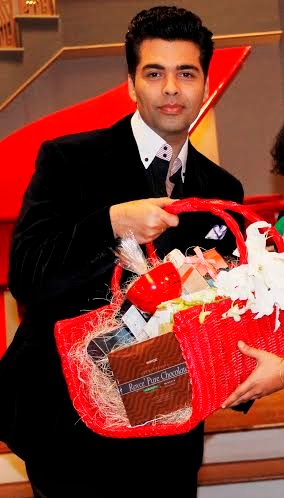 Karan Johar is all set to begin his next directorial venture – Ae Dil Hai Mushkil – starring Ranbir Kapoor, Anushka Sharma and Aishwarya Rai Bachchan. He confirms that love and conflict is the theme of his upcoming film. While he thinks it‘s too soon to talk about the film, he confirms that this won’t be just another conventional love story or love triangle.

Talking about his team on board, Karan Johar says that Ranbir and Anushka’s ‘undeniable chemistry’ in upcoming Bombay Velvet ‘warranted another film’ and once he finalized the story, they were the first people he thought of for the lead roles. According to Karan, ‘it is possibly Aishwarya’s most unusual and contemporary character’. The music for this film will be given by Pritam. And it will be shot in New York, London, Paris and parts of Delhi. “Everyone I know has been through intense love and heartbreak and ADHM is a film that deeply resonates those emotions”, says Karan.