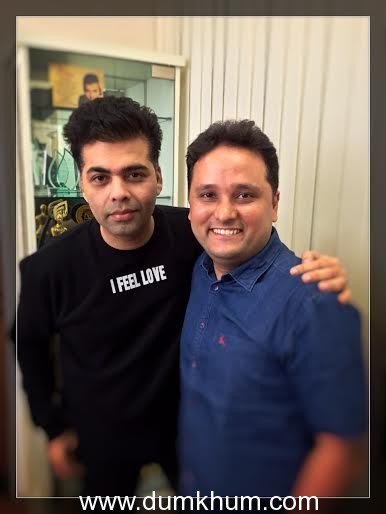 There’s a new blockbuster coming to town, and it’s not a movie! It’s a book!

For those of you have not guessed already, it’s the story of Lord Ram, retold by India’s literary popstar, Amish. After the massive success of the Shiva Trilogy, Amish               has announced his new book series, the Ram Chandra Series and its first book, Scion of Ishkvaku, is slated for release on June 22nd this year.

The trailer for this literary blockbuster was released by Karan Johar in the twitter-verse at 2:15 pm IST and started trending nationwide in a few minutes.

The mesmerising trailer unfolds with a voice-over echoing exactly the theme of the series – “Over 5000 years ago, a perfect society was built. But perfection has a price. One man paid that price. This is His story.”

The just over 2 minute trailer preview revealed on YouTube, has all the trappings of a commercial film trailer – replete with action, drama, scintillating music and superb graphics. What catches one’s eye is the brief and powerful portrayal of Sita, Ram’s wife. The trailer shows a lathi wielding martial arts expert holding her own against her attackers. “There are many versions of the Ramayan. In some Sita Maa is portrayed as docile and meek. But in some versions, like the ancient Adbhut Ramayan, Sita Maa is portrayed as a fearsome warrior. That is how She appeared to me as well in my story”, says Author Amish. Asked to comment on Ram, Amish added, “In my opinion, perhaps we can learn from Lord Ram that is may be cool to follow the rules as well.”

Karan Johar, on seeing the trailer film of the Scion of Ikshvaku, said, “Amazing! I was absolutely compelled and riveted by the trailer. Through the trailer, Amish will open the mind of filmmakers to the world that can be created as a result of his writing.”

Catch the exciting trailer with all its stunning visuals and the not-to-be-missed first glimpse of the flying pushpak vimaan, as it whooshes away into the clouds carrying the captive Sita. Scion of Ikshvaku, the first book of the Ram Chandra Series, will release on 22nd June, 2015.

Described as ‘India’s first literary popstar’ by world-renowned film director Shekhar Kapur, Amish’s unique combination of crackling story-telling, religious symbolism and profound philosophies has made him an overnight publishing phenomenon, with spiritual guru Deepak Chopra hailing Amish’s books as ‘archetypal                 and stirring’. Amish’s Shiva Trilogy — The Immortals of Meluha (2010), The Secret of the Nagas (2011) and The Oath of the Vayuputras (2013) — has over 2.2 million copies in print with gross retail sales of over Rs 60 crores, making it the fastest selling book series in Indian history.

WESTLAND LIMITED is a wholly owned subsidiary of Trent Limited, the retail arm of the Tata group, the largest diversified industrial group in India.   It is an amalgam of three specialist companies; it has the expertise both in retailing and distribution of books, besides publishing quality literature. After more than 50 years of experience in import and distribution of major academic and English language trade publications from all over the world, Westland’s focus has shifted to publishing in the last 3-4 years.  Today, Westland would be the fifth largest English language trade publisher in India.  Westland’s bestselling authors include Amish Tripathi, Ashwin Sanghi, Devdutt Pattanaik, Ashok Banker, Rujuta Diwekar, Rashmi Bansal, Anita and Harsha Bhogle and Preeti Shenoy, among others.  Since Neilsen has started their Bookscan in India which tracks bestselling titles across the country, Westland has consistently had a strong presence in the top 50-bestselling charts.  Some of the authors have also found a place in the Forbes list.