Karan Johar and Farah Khan recreate the magic of Kuch Kuch Hota Hai; with a little help from Manish Paul This upcoming episode of Jhalak Dikhhla Jaa will be more stupendous than ever as it marks the return of dance maestro- Farah Khan to the Jhalak stage after 8 long years. 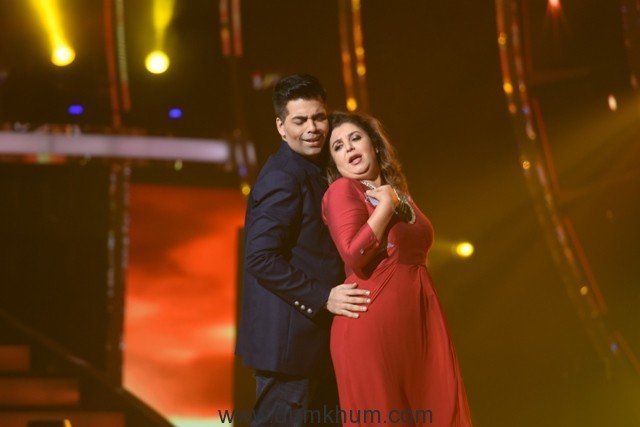 Long-time friend and fellow judge Karan Johar decided to make her return all the more special as he invited Farah to dance with him onstage as  soon as she entered. The duo recreated the magic of ‘Kuch Kuch Hota Hai’ as they danced on the songs from the romantic blockbuster; which both Karan and Farah had worked in as director and choreographer respectively. But host Manish Paul also wanted to make Farah’s return all the more momentous. He decided to join the Karan – Farah duet; converting the romantic performance into a love triangle. Ultimately Farah was in the dilemma on whom should she dance with. Farah truly will remember her return to Jhalak Dikhhla Jaa