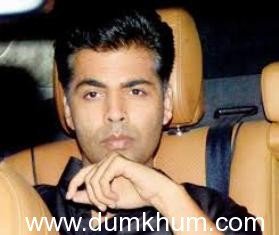 Known to be creatively involved in projects both as a director and producer,Karan Johar this time around was keen on adding a signature emotional touch to Dharma Productions and Phantom Films’ Hasee Toh Phasee with the romantic-melody Zehnaseeb.

Confirming the news, director Vinil Matthew said, “The song is called ‘Zehnaseeb’ and it has been penned by Amitabh Bhattacharya. It’s an emotional song, which explores the beautiful moments between the lead actors Sidharth Malhotra and Parineeti Chopra in the film. Karan was very keen on having this track in the album. Initially, Shekhar (Ravjiani) had sung the acoustic version as it was meant to be a solo number. But later we roped in Chinmayi Sripada to lend her voice too as we decided we wanted it to be a duet.”

A source attached to the film said, “The song ‘Zehnaseeb’ is very close to Karan’s heart. He wanted it to be in the film and brainstormed with the director and music composer to devise it in a certain way. He also went to the studio when the song was being recorded as he was quite enthusiastic about the song.”

Says producer Karan Johar, “’Zahnaseeb is one of the most feel good love songs I have heard…very few love songs have the melody…the lyrical value and the soul..this is that beautiful blend.”