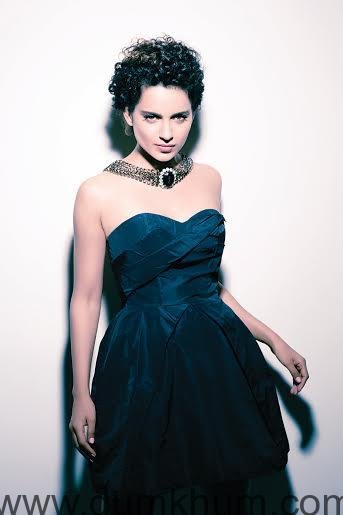 Kangana Ranaut, who is portraying a fearless character Nadia in ‘Rangoon’, has impressed Vishal Bhardwaj with her convincing performance during the shoot. The actress apparently has been delivering a very realistic performance, forcing the filmmaker to okay her shots in one take due to which the crew of the film has begun calling Kangana “One-taker actor”, a title which doesn’t come easily on a Vishal Bhardwaj set.

A source from the sets says, “Kangana excels at her work and for ‘Rangoon’, she has been giving excellent shots in just one take. And so now everyone has started calling her ‘one-take actor’. She is also very professional in her approach. For instance, there’s a particular scene, which required her to feed a Japanese prisoner. Since it was a prolonged shot, she ensured that she washed her hands every time and also insisted the Japanese translator on the sets conveyed it to the actor. Kangana is gelling very well with the crew too.”