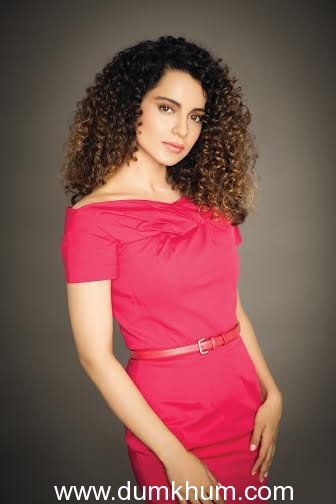 Kangana Ranaut who has consistently wowed audiences and the critics alike with her performances will have many impressed with her new initiative.

The actress who has always taken a strong stand on things she believes in ,has decided to bring focus on the “save water” cause that India has faced for several years and wants to begin by setting a personal example.

Kangana who recently shifted into a new apartment in the suburbs ,will be converting her private pool into a garden area and plans to personally tend to the gardening – Kangana feels strongly about saving water given that on premises access to clean water is something only one in four people have in India, according to UNICEF.

The actress believes that the any kind of change starts from home and hopes to set an example. On international turf, Hollywood star Matt Damon too has strongly backed the cause and founded Water.org in 2009 that looks to provide clean water to developing countries. The actor in fact had visited Bangalore, Chennai and Pondicherry to address the global water crisis.

Says Kangana Ranaut, “ India has been long suffering from a water crisis and while international stars have propagated the cause on various levels , as an Indian and as a public figure I see it as my duty to do my bit to save water so that it reaches people who are in dire need of it. Change starts at home, in my case; quite literally …I will be converting the pool into a personal garden space as water in a pool is completely wasted in large amounts”.