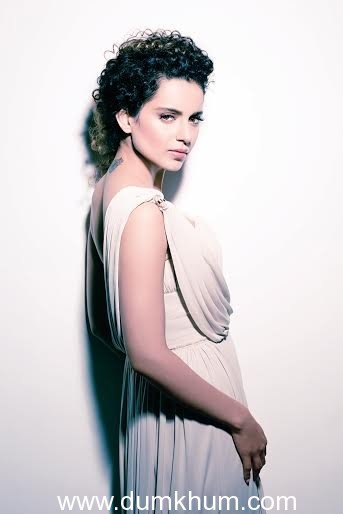 One of the most celebrated actresses of our time, Kangana Ranaut was named the “Best Actress” at the 62nd National Film Awards 2015 in a formal list announcement made by the national panel appointed by the government at India Center , Delhi.

The versatile actress who has fast emerged the dark horse of the industry, and walked away with praise and accolades for her performance in the Vikas Bahl directed Queen, bagged her second National Award after Fashion for Queen , a revolutionary film that truly acted as a game changer in the industry.

It is a double celebration for the actress, as she also brought in her birthday a day before the announcement, with the National award win close on its heels.

Commenting on the award says Kangana Ranaut, “ Queen is Bobby’s(D.O.P of Queen) last film. Our journey together from Gangster to Queen has been a special one, I lost my friend but the world saw me through his eyes. This film will always be the last gift from my friend Bobby. I accept the National award for the best actress on behalf of my team, director Vikas Bhal, Editor Anurag Kashyap, Producers Phantom, Studio Viacom all the technical and creative team including the cast and the talent. We are extremely thrilled and overwhelmed. Thank you.“.