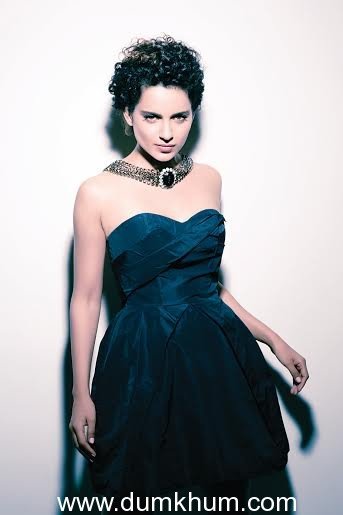 Balaji Motion Pictures has acquired the rights to the best-selling romantic thriller ‘The Devotion of Suspect X’ by Japanese best-selling author Keigo Higashino.

While the book ranks among the top detective novels of Japan with news of a Hollywood adaptation also in the pipeline, here on home turf, director Sujoy Ghosh, of Kahaani fame will front line the suspense thriller.

Bollywood’s most versatile actress Kagana Ranaut has signed on as the protagonist in the thrilling cat and mouse game. The actress who has been celebrated for her performances and recently also bagged the Filmfare award for Best Actress for Queen, is all set to start shooting for the film this year.

Confirming the news,  director Sujoy Ghosh says “Sujoy insert Quote Here”. ‘Now that we have Saif and Kangana, our acting department is in very safe and competent hands. They will fly the film. i can now happily concentrate on the thriller part of the film”

Says Kangana Ranaut, ” Devotion of suspect X is one of the best books and scripts that I have read, I look forward to this new journey with Sujoy and Balaji.”

Tanveer Bookwala, CCO, Balaji Motion Pictures added, “We are most excited about this terrific collaboration of talent. The Devotion of Suspect X promises to be an unnerving portrait of love and a supreme slice of genre-bending pulp fiction.