Kangana Ranaut bags the “Woman of the Year Award” at GQ. 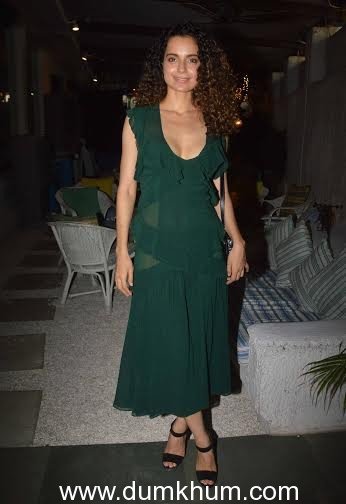 National award winner Kangana Ranaut , who wowed audiences and critics alike with her performances in Krrish 3,Queen and Revolver Rani was recently bestowed the honor of “Woman of the Year” at the GQ Awards.

Kangana Ranaut walked the red carpet in a crisp, romantic gown by Vivienne Westwood.She finished the look with a black minaudiere and Christian Louboutin sandals. Not only is the actress  the first mainstream cinema actor who is a critics’favorite but also someone they look upto and keenly take interest in. So far it was only art house cinema actors who were lauded for their performances and given their due respect but Kangana is one of the few mainstream commercial actors whose earned the critics’ respect.