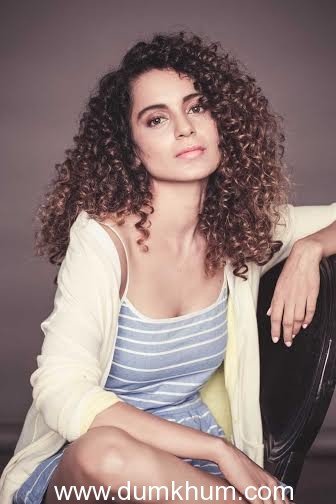 Bollywood’s Queen Bee Kangana Ranaut, who wowed everyone with her performances in ‘Queen’ and ‘Revolver Rani’, seems to have impressed the right people not only in Bollywood, but also on the international cinema scene.

Sources close to the actress state that international filmmaker, Edoardo De Angelis, recently approached Kangana to play the lead opposite actor Massimiliano Gallo for an Italian film. Kangana, who recently returned from the US, where she had gone to study screen-play writing, is in talks with the filmmaker to discuss the role and the script. Though the actress has not given her nod to the project yet, it is quite an exciting offer and speculations are rife that Kangana might take it up.

When contacted Kangana confirmed, “Yes I have been offered the role opposite Massimiliano Gallo in the film but I am still contemplating it.It feels nice that after Queen, producers as such as those onboard Divine Lovers are offering projects to me.I think the European market has opened up for me”.

Kangana Ranaut, who has been in the news recently for back to back hits like ‘Krrish 3’, ‘Queen’ and ‘Revolver Rani’, will be next seen in Aanand L Rai’s ‘Tanu Weds Manu 2’ and Sai Kabir’s Divine Lovers.