Commenting on the campaign, Ramesh Kalyanaraman, Executive Director, Marketing & Operations said, ‘’Chennai is the single largest jewellery market in the country and it was important that the campaign appropriately reflected our strength of size and scale in bringing the  the largest and finest collection of jewellery to Chennai’s discerning customers.  Kalyan Jewellers will bring the finest shopping experience to cater to the distinct demands of jewellery connoisseurs in Chennai.’’The bespoke showroom is spread over 40,000 sq.feet and will display 600 kg of jewellery, offering more than 5 lakh contemporary and traditional designs. 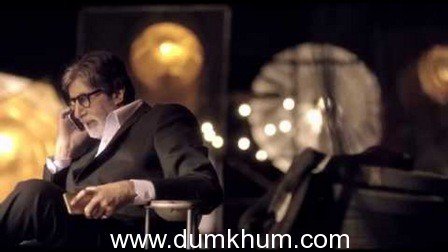 The three-phased campaign is targeted at SEC A, B groups and will initially break on television followed by digital, print and outdoor. VA Shrikumar Menon, Managing Director of Push Integrated Communications, the creative agency behind the campaign said that the creatives attempt to communicate the proposition of the world’s largest gold and diamond jewellery collection at Kalyan Jewellers, captured in a candid, friendly manner on camera. The teaser films released on leading TV channels has Amitabh Bachchan talking to Prabhu and Aishwarya Rai Bachchan on his desire to learn Tamil in light of his visit to Chennai for the launch of Kalyan Jewellers. 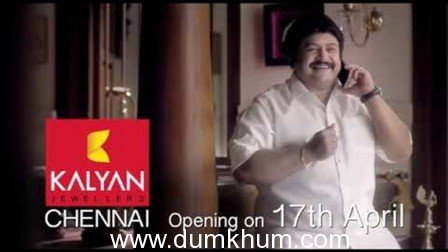 Headquartered in Thrissur in the state of Kerala, Kalyan Jewellers is one of the largest jewellery manufacturer distributors in India. The company leverages its strong roots, of over a century, in the business of textile trading, distribution and wholesaling.

Starting with the first jewellery showroom in 1993, Kalyan Jewellers has enjoyed a long-standing presence in the market of over two decades. It has set an industry benchmark in quality, transparent pricing and innovation. Kalyan Jewellers offers an array of traditional and contemporary jewellery designs in gold, diamonds and precious stones catering to the distinct needs of the customers. As on November 2014, Kalyan Jewellers has grown to 72 showrooms across India and West Asia. Recently, Warburg Pincus, a leading global private equity investor invested USD 200 million for a minority stake in the company. Kalyan Jewellers continues to adhere to the founding principles of its forefathers of pursuing fair and ethical business practices.