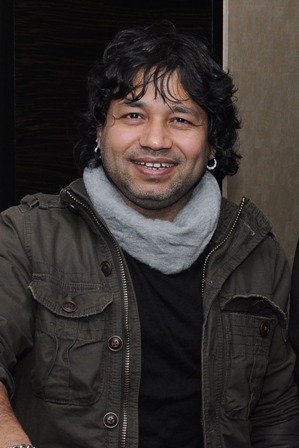 Music Maestro Kailash Kher’s Kailasa records’ album Kailasa Rangeele has been receiving raving reviews from across the globe. In a bid to understand the myriad visual interpretations of the music of Rangeele, Kailasa Records announced a music video competition called “Kathagaan”. Through this competition fans and connoisseurs have been invited to shoot a music video of one of the 3 songs ‘Babbaji’, ‘Ujaale Bannt Lo’ and ‘Katha Gaan’. The contest has got an overwhelming response, and is still open for entries. Music lovers many of which are students from across India have participated in the contest. One of the many entries that the contest has received is from Blind with Camera.  As the name suggest, the group trains and champions the visually impaired to shoot pictures. The initiator of Blind With Camera and the Founder of Beyond Sight foundation Partho Bhowmick says, “Blind With Camera demystify the polarity between blindness and photography to show that diminished senses does not mean diminished life.” Partho is happy to be a part of this contest and is presently working on this musical project. “Let the visual interpretation of Rangeele  be from people who understand colour differently,” he adds.

“This is the first time that a music video is being shot by a group of visually challenged people. The thought is inspirational by itself. And much that they have consented to participate in the general category with the sighted is a booster dose for the cause of humanity. They are sightless, not in-sightless,” says Harish Iyer, equal-rights activist. Harish would be getting professionals to train the blind students about nuances of camera and help students in editing the project.

Besides the blind students, some student contestants of Guru Nanak Khalsa College are also making a video. These students would be using footage of the making shots of the video of Blind with Camera in their footage. Talking about the competition Student Annujj Palaye, 19, one of the participant, says “It’s a transformational journey for me, I realize there is no me and them (the blind students) – there is only ‘US’. Winning or losing is a different thing, the experience is enriching. If I win, I will share a part of my winning sum with an organization that caters to the visually challenged.”

Responding to the huge response and love that Kailasa records and Kailash Kher is receiving from his fans, the overwhelmed Kailash says, “This is a music video that is fuelling new hopes, new horizons and new newness. There is light that we can see, but music transcends that light too. The Kathagaan competition is on.”