A grand music concert was recently organised by the makers of the upcoming film ‘Kaanchi’ at the ‘Worlds of Wonder’, Delhi NCR region. A crowd of over 5000 music lovers were seen cheering the ‘Kaanchi’ Music. The crowd had a great time as they cheered, rooted and applauded the singers for their amazing performances on Kaanchi’s hit music. The singers were also seen having an incredible time performing for this high energy crowd. The lead actors, Kartik Aryan and Mishti along with Director Subhash Ghai were present at the concert. Talented Singers Sonu Nigam, Ankit Tiwari, Sukhwinder, Composer Sulaiman and Director-turned-composer Subhash Ghai, set the stage on fire with their memorable performances. 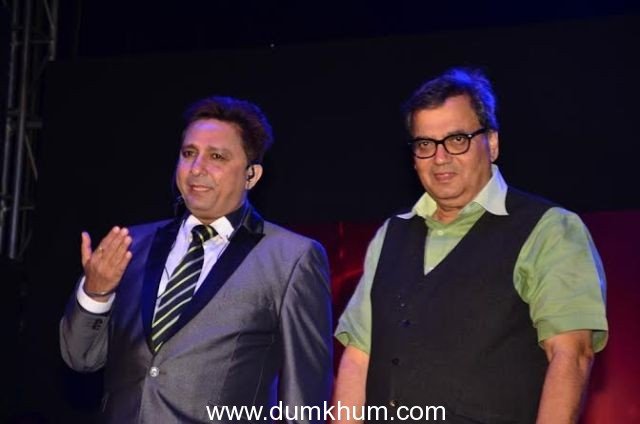 ‘Kaanchi’’s Music album consists of an array of songs, which include soulful numbers, and even foot tapping, addictive music, sung by various talented singers. The album has a universal appeal, with songs catering to every listener’s sensibilities and has been very well received since its launch. As the film’s release draws near, Fans are eagerly awaiting to watch Director Subhash Ghai create magic on screen once again. ‘Kaanchi’ is the story of an innocent rural beauty Kaanchi, played by debutante actress Mishti, and her struggle to fight for her rights against power. Directed by Subhash Ghai and co-starring Rishi Kapoor, Mithun Chakraborty, Kartik Aaryan, Chandan Roy Sanyal and Rishabh Sinha in pivotal roles, the musical drama is produced by Mukta Arts. It is slated to release on 25th April, 2014.