Film : Kaamyaab
Producer : Gauri Khan, Manish Mundra, & Gaurav Verma.
Shah Rukh Khan’s Red Chillies Entertainment and Drishyam Films.
Directed : Hardik Mehta
Cast : Sanjay Mishra, Deepak Dobriyal, Isha Talwar, Sarika Singh
Rating :(⭐️⭐️⭐️1/2Stars)
Character Artists and Supporting Actors are those pillars  without which no film can be conceived. Every film complies of the main leads who after a decade or after a generation leap gives way to a new fresh lot who again give way to the generations to follow but in all this films the main constant and irreplaceable are the character actors who survive through the generations with variable roles sketched out for them as per the requirements of the said film

.
And all through this journey of playing variety of different personalities they are able to mark a place for themselves and live through them Day in Day After.
“Kaamyaab” is the story of one such Illustrious artist Sudheer portrayed by Sanjay Mishra whose career as a character artist is reflectively mirrored through his past and present encompassing his High & Low Moments with the deserved semblance of emotions and sensitivity being taken care of by the debutant Director Hardik Mehta in a very delicate manner.
Helping him in his endeavour is yet again another talented actor Deepak Dobriyal as Dinesh Gulati who runs a casting agency. He lends an equally meaningful and compelling support in taking the narrative to its concluding end by helping Sudheer in bagging his 500th film which can place his name in Books of Records.
Kaamyaab tells the bitter-sweet story about the character actors in Bollywood and the way in which the director Hardik has approached the subject with a heartwarming take on the life of supporting artist and the way it has been written gives it a very touching feel and brings out the most innermost pent up emotions and gestures which make the poignancy of the character and the narrative a very engaging and consuming affair.
Sanjay Mishra delivers a career defining performance by delving into the character as a father, grand father, an actor, as a buddy and as a guardian angel for an upcoming actor Isha Talwar who puts in a brief but effective cameo. Sarika Singh as a concerned daughter and a doting mother to a child who loves her grandpa and her attachment to and care for both of them are the moments which are not only endearing but worth a watch.
Deepak Dobriyal is his usual self but very much in tune with the vulnerability of the main protagonist Sudheer aka Sanjay Mishra who just seems to be at his emotional best but at the same time keeping up with the reality of life surrenders unconditionally to maintain the sanity that goes with his age.
Indeed a touching story of an artist down the memory lane and a tribute to all artists of his caliber whose role is not only essential in any film but their importance and contributions are immeasurable.
For the lovers of cinema Kaamyaab could turn out to be a lesson in learning 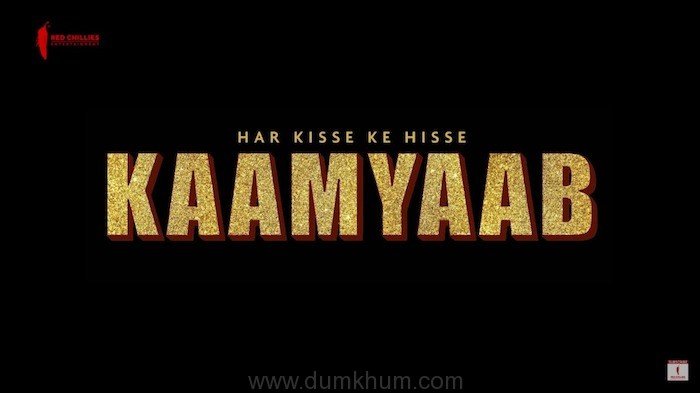