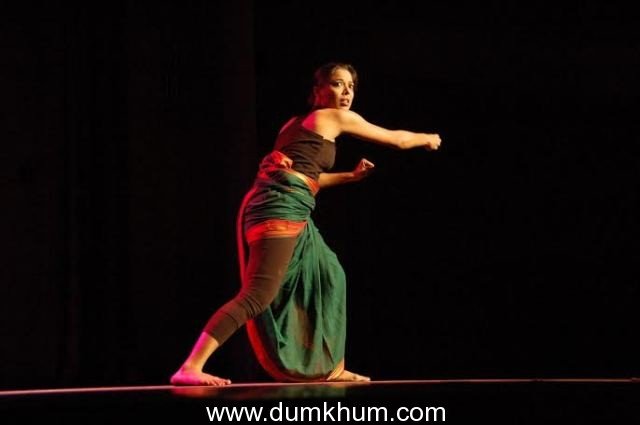 Delhi:  Jurrat: Aazaad Chalo, Bebaak Chalo! A week-long Campaign by ‘Majma’ and ‘Swaang’ was launched today at the India Habitat Centre, Lodhi Road, Delhi.  It was inaugurated by prominent human rights lawyer Vrinda Grover. The event witnessed aperformance of protest songs by Majma- Swaang, ‘Be careful’ a sketch enactment by Mallika Taneja and the Play “Museum… a dying species” by Being Association and directed by Rasika Agashe. 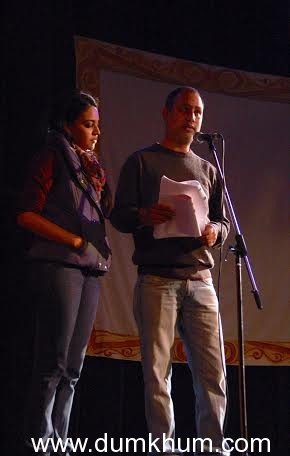 On 16th December 2013 one year would have passed since the horrific and much publicized gang rape of Jyoti Singh Pandey, a 23-year-old student in Delhi. The campaign is a tribute to Jyoti Singh’s fight and a resolve to not let it fade into the oblivion of crime statistics. At the same time, it is an effort to remember the countless other women, who face violence on a daily basis – at home, at work and in public spaces. More importantly, Jurrat: Aazaad Chalo, Bebaak Chalo! is a decision to continue protest against the manifold forms of violence faced by women through their life. It is a promise by “We the Citizens”, unto ourselves and our world, that “We shall fight” and “No more!” 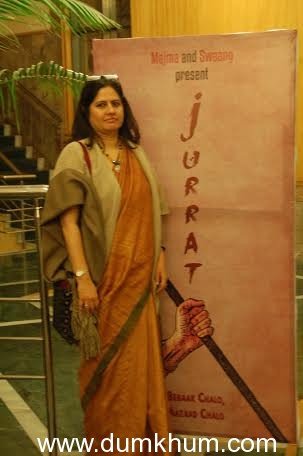 Speaking on Jurrat, Vrinda Grover said, “Women from across classes are saying NO to sexual violence and are standing up and demanding justice. We now need to see whether the legal system will have the ‘Jurrat’ to live up to the constitutional guarantee of equality and dignity.” 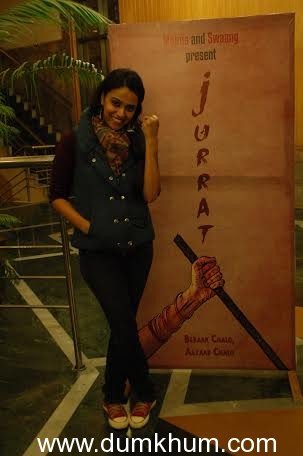 Actress Swara Bhaskar, Swaang member and host of the launch, said, “There is a line in Swaang’s protest song Maa Nee Meri  made after the Delhi gang-rape that says ‘Un chhe mein shaamil tum bhi thhey’.. Jurrat is an endeavor to fight our own complacency as a society and people and not allow Jyoti’s fight and spirit and ordeal to fade into a crime-record-statistic. Jurrat is a collective effort to bring like-minded artists and intellectuals together for this effort. As an expert  who has immense experience on the ground with both law and reality, Vrinda Grover was the ideal person to address these many issues and set the tone for the campaign. Mallika Taneja and Being Association’s  performances are special as they are both devised by actresses based on their lived experiences of being urban working  women and IPTA-JNU, Swaang and Majma keep up the tradition of protest music which has a rich and long tradition in India from the time of Kabir and Bille Shah down through Faiz, Saahir, Gorakh Pandey and many others.” Supriya Chotani, a founder member of Majma said “Jurrat is a political endeavour to continue the ongoing discussion and protest on gender violence, as also see the issue in its complex relation with structural inequalities. Through Jurrat, we are urging one and all to recognize, speak out and act against the manifold forms of violence faced by women in both public and private spaces. We are engaging with these issues however through a range of cultural forms such as poetry, protest music, street and stage plays, poster exhibitions and installations, as we think these have a powerful resonance.” 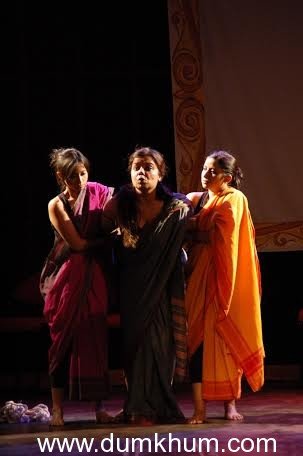 Ravinder Randhawa, a founder member of Swaang, and also lyricist of song “Maa Nee Meri” talked of the history and relevance of protest songs and said, “As Bertolt Brecht had said to a question ‘In the dark times, Will there also be singing? Yes, there will also be singing. About the dark times.” “I believe it is important for your art to reflect the reality of the world you live in and the social context you find around you. The true power of art is that it can transform people’s ideas and thoughts and actually intervene in changing over time the mindset of a society. This is because art can transcend the intellectual and connect at the emotional level. Especially, theatre, music and films.” Following the launch today, the campaign will see cultural performances and interactions on these issues at different venues in Delhi, including urban communities and educational institutions during 11th -15th Dec 2013. A number of music and street theatre groups will be part of this week long programme.

The final day of the campaign i.e. 16th December 2013 will see a mobile music concert that will map the route taken by Jyoti and her friend on the evening of Dec 16, 2012. It will start at Saket, outside the Select City Walk Mall, and proceed to Mahipalpur via stops at Mehrauli and Munirka. At each spot, Swaang will be joined in a 20 mins performance by other prominent artists like Rabbi Shergill, Sona Mahapatra, and Swanand Kirkire. The moving caravan will have people from all walks of life, including activists and students, who will be carrying posters and banners in a spirit and show of solidarity.  The campaign will conclude on 16th evening with a concert by these artists at the JNU Convention Centre. The campaign is being done in partnership with almost 15 voluntary organizations and performing groups. It is being supported by Oxfam India and Beti Zindabad Campaign of ActionAid.

Majma is an emergent collective of diverse artists and activists committed to progressive arts and media. Its vision is to create and promote music, films, theatre and other cultural forms that challenge existing hierarchies of class, caste or patriarchy. It seeks to bring together these forms in the shape of thematic cultural festivals and issue based campaigns.

Swaang is a Mumbai based theatre and protest music group/band whose members are actors (including Swara Bhaskar of Raanjhanaa fame), writers, music directors, musicians and producers all working in different capacities in the Bombay film industry, but whose hearts continue to pull towards progressive politics!

Swaang is best known for its song Maa Nee Meri which was created to protest the Delhi gang-rape and in solidarity with the braveheart JyotiSingh who fought her attackers against all odds and whose spirit to live and survive has been an inspiring lesson for women and men across the world. ‘Maa Nee Meri’ is a song that celebrates Jyoti’s fight:

Swaang presents evenings of protest songs and poetry based on the writings of some legendary progressive poets like Faiz Ahmed Faiz, SahirLudhianvi, Dushyant Kumar, Paash, GorakhPandey, as well as some original writings of members of the group. The group’s latest is a re-rendition of Faiz Ahmed Faiz’s classic BekaarKuttey :