“Junooniyat for me is a dream come true.” – Vivek Agnihotri Filmmaker Vivek Agnihotri promises to show the real beauty of Kashmir with his upcoming film Junooniyat. The director says, “Till now, the true beauty of the Dal lake was cinematically experienced only in Shammi Kapoor and Rajesh Khanna’s romantic songs. I am really looking forward to bring it alive in my film. The beauty of the lake is that without a boat, it’s only a huge patch of white.”

He further adds it was no child’s play to shoot in Kashmir during cold, “When we were shooting there the atmosphere was so cold that the place used to be enveloped in fog and the daylight used to usher in very late. There was a particular scene that we wanted to shoot during sunrise, so the actors woke up early and were ready at 4.30 am in the cold weather but the sunrise happened at 6:40 am.” 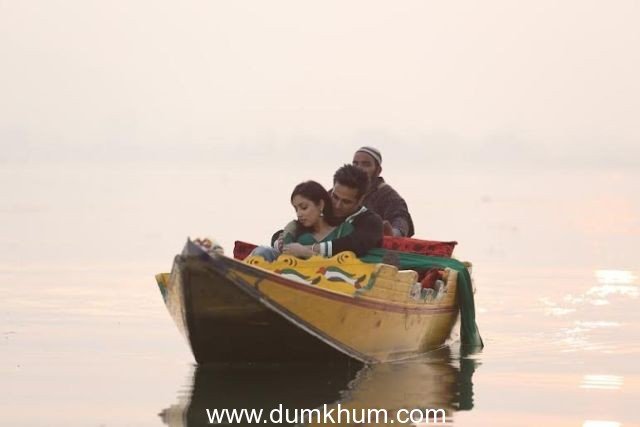 Junooniyat is an intense love story which features actor Yami Gautam and Pulkit Samrat. For a song sequence Yami had donned black clothes and explaining the underlying principle Vivek says, “Sadness is an integral part of love and it cannot be separated from it. With Yami I wanted to recreate the glumness that yesteryear actresses personified in romantic films. I have always wanted to make romantic films and Junooniyat for me is a dream come true. I hope the audience loves my depiction of romance.”