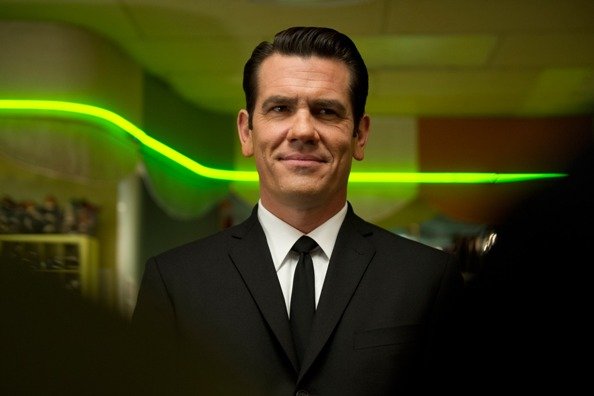 No country for old men guy JoshBrolin is a new kid in the Men in Black Franchise.  Men in Black 3 which releases in 3Dall over India on 25 Th May, also stars Josh alongwith Will and Tommy. Josh will be seen playing the character of young Agent K.

Josh certainly felt like the new guy on theblock especially in the beginning not only because he had not worked with Willbefore but also because of the strong chemistry Will and Jones share on screenand off screen as well!

Josh was apprehensive of playing the characterof young agent K as he recalls “I have fun with doing Nick Nolte or Tommy LeeJones (impersonations), but really bad versions of them. And when I said yesfor the role I started studying it, I went, ‘Boy, I said yes, what’s the matterwith me, I’m trying to sabotage my career, what am I doing!’”

Talking about his role Josh said “It was muchharder to play the character played by Tommy Lee Jones before for a lot ofreasons. First of all, because it’s one of the greatest characters ever. It wasa novelty when the movie came out, a fun, interesting character. If he says thesame word twice it doesn’t sound the same. It’s not Tommy, it is K, and he hasa ‘kayness’ that I had to play.”

However, the character of youngagent K turns out to be open,friendly, and interested and is positively different from thedry, grumpy and reserved agent K.