John Abraham on a roll ! 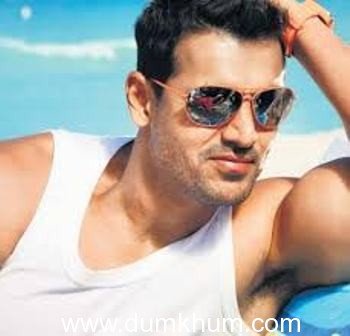 While his last hit Madras Café, reiterated that John Abraham is one of the industry’s most bankable stars , the actor-producer is on a roll with his projects next year , a mixed bag of commercial and contemporary cinema , something he has always managed to maintain a perfect balance between.

Talking about Welcome Back and Dostana 2, John says, “Anees Bazmi’s Welcome Back has gone on the floors. So it’s an exciting time.  For Dostana 2 whatever I’ve heard of the script is beyond hilarious. And I’m always excited about working with Abhishek Bachchan. I love him.”

Despite having a choc-o-bloc schedule as far as his on-screen projects are concerned, John is also quite excited about his role as a producer and talks about his future plans for JA Entertainment, “After working with Nishikanth Kamat in ‘Force’, I am doing another home production with him. It would be in the same action space, though the action would be way beyond what we did in Force.”

John Abraham has also bought the remake rights of a Telugu film titled ‘Prabhas’, which will be remade in Hindi as ‘Mirchi’. “It’s an amazing script. I am also producing a film based on a script called J-39. We are trying to zero in on a director for this one,” he says.

Ask the actor-producer about how the industry raves about the new “John-re” he has introduced and he is quick to reply,“It’s a good feeling. People tell me I am trying to make a change in cinema. I was in a flight from Mumbai to Delhi. And I could see the way other passengers had positioned me in their heads. At the same time, there are people congratulating me for my personality.”