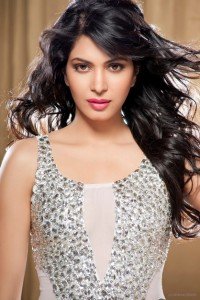 After sharing the stage with Shah Rukh Khan andRanbir Kapoor, where she hosted this year’s Filmfare Awards, Ankita Shorey, Miss IndiaInternational 2011 has now been signed on as ambassador for leading jewellery brandGitanjali -— previously endorsed byKatrina Kaif, Kareena Kapoor, Priyanka Chopra, Anushka Sharma, Shah Rukh Khan and Salman Khan—making her the first non-actress to be signed on by the brand.

Evenbefore making her foray into Bollywood, Ankita has been signed on to endorsetwo product lines under the brand umbrella ,a feat very few newcomers havemanaged to achieve.

Saysan excited Ankita Shorey “It gives me a certain sense of achievement to beplaced on the same platform as some of the biggest A-list actresses –its anhonor”.

And while several feel that the supermodel has all it takes tomake it big with her striking looks and the talent to back it, Ankita Shoreydespite receiving several offers from some big names , is taking her time tosettle in on a project that will mark her Bollywood debut –

SaysAnkita, “Your first film is always the most crucial film as it establishes your base inthe industry. I will take up a project only when the right one comes my way.Currently, I am enjoying the spaceI am in”.