Jeet Hakam an Australia based singer, specializing in singing Urban Punjabi songs had released his single “HEY-G HO-G” under an Australian music label Feature Act last year, 2013. The song and its video were trending all over India on social networking sites being No. 2 on YouTube. This got Jeet Hakam the increasing number of fans and recently inbox full of messages requesting him to re-release the video. Taking his fans’ love & requests into consideration Jeet under the label Zee Music Company re-released its single “Hey-G-HO-G” on 28th October, 2014. 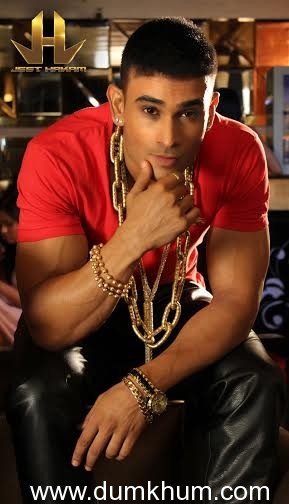 Next in line after his first single, Jeet is all set with his other tracks- “HEY-G-HO-G REMIX featuring Tiger Style” and “PARTY KARNE” to be released soon this month. Each song carries its own allure, all the songs being dance numbers. Jeet Hakam who has been blessed with a set of vocal chords that have been captivating audiences, since his junior years has come up with such songs keeping in mind the trend of the songs for the Youth. Jeet Hakam had made his debut album with Sachin Ahuja and Miss Pooja in 2012 with songs like Hadd and Surat and the seasoned performer is said to be inspired by the likes of Nusrat Fateh Ali Khan, A R Rahman and Brian McKnight.